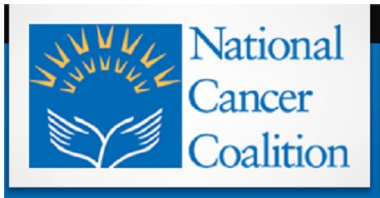 In a complaint filed on March 6, 2018, the California Attorney General alleged that NCC made "false and deceptive representations" related to its "vastly overvalued" in-kind pharmaceutical donations, and that NCC made misrepresentations in its fundraising solicitations about its Breast Cancer Relief Foundation "special project." As stated in the allegations against NCC: "When, as in this case, a charity unlawfully and unfairly includes inflated values for gifts in kind in its public reporting, it appears larger and more efficient than it really is, and thus more attractive to donors."

As part of the Final Judgment, NCC "admits that its use of U.S. market prices in valuing its pharmaceutical donations overseas violated GAAP [Generally Accepted Accounting Principles] and California law because the pharmaceuticals were restricted to use and distribution outside the U.S." One example of NCC's "vastly overvalued" pharmaceutical donation transactions included in the complaint alleges that for a shipment to Nicaragua in 2013, NCC valued the pharmaceuticals Simvastatin and Hydrochlorothiazide at $115,625 (total) using U.S. prices, a value that "was over six times the true fair market value of less than $18,500 using the applicable international prices."

National Cancer Coalition has a long history of receiving “F” grades from CharityWatch. CharityWatch’s ratings help donors understand how efficiently their cash donations are being raised and spent by charities, which is among the reasons why we exclude from the calculation of our charity financial efficiency ratios the value of in-kind (IK) donations, such as the IK pharmaceutical transactions reported by NCC. Another reason we exclude IK items is that IK reporting and valuation methods can be subjective and may vary significantly from one charity to the next. CharityWatch is the only major watchdog organization that provides donors with charity program percentages and fundraising ratios that are adjusted to exclude the valuation of IK goods.

For more on CharityWatch’s treatment of in-kind donations, please see the Our Process page.

The California AG has accused Food For The Poor of using an "unfair and deceptive" program percentage statement in its fundraising solicitations. In that "95% Statement," which per the AG, "created a likelihood of confusion...

The California AG has accused Food For The Poor of using an "unfair and deceptive" program percentage statement in its fundraising...

The office of the California Attorney General (OAG) "is committed to protecting generous donors from the harm caused by misleading accounting gimmicks," states a May 30th, 2019 press release announcing the OAG's lawsuit......

The office of the California Attorney General (OAG) "is committed to protecting generous donors from the harm caused by misleading...