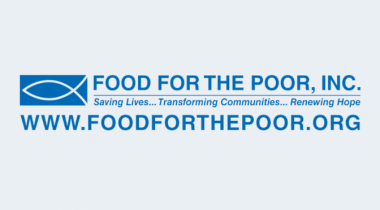 The California Attorney General (OAG) has accused Food For The Poor (FFP) of using an “unfair and deceptive” program percentage statement in its fundraising solicitations. In that “95% Statement,” which per the OAG, “created a likelihood of confusion or misunderstanding in the minds of potential donors,” FFP touted: “Fundraising and other administrative costs comprise less than 5% of our expenses; more than 95% of all donations go directly to programs that help the poor.” The accusation against FFP was made as part of a March 12, 2018 Cease and Desist Order filed by the OAG in which FFP is ordered to “immediately CEASE AND DESIST from including the ‘95% Statement’ in its solicitations to California donors (or other percentages of combined cash and non-cash donations used for programs).” The allegations included in the Order cover two issues of continued concern to CharityWatch: the valuation of donated gifts-in-kind, and the use of joint solicitation costs.

Food For The Poor, an international aid charity, ranks among the largest nonprofit organizations in the country in terms of annual revenue, reporting over $948 million in total support and revenue on its 2017 audited financial statements. Included in that total, however, are donated non-cash goods (or gifts-in-kind) on which FFP placed a value of approximately $800 million, representing more than 84% of the $948 million. Despite what FFP’s name might imply, food items do not make up the majority of the value of the gifts-in-kind FFP receives each year. Rather, it is donated pharmaceuticals and medical supplies that have historically comprised the bulk of the value.

According to the Order filed by the OAG: “The 95% Statement was deceptive because it included both cash and noncash donations. But noncash donations, including Food for the Poor’s overvalued pharmaceuticals, did not pay for any overhead or fundraising; only the cash donations did.” As mentioned in this statement, the Order also alleges that FFP has been overvaluing the pharmaceutical gifts-in-kind it receives and then distributes overseas. The OAG asserts that “[e]ven though the [donated] pharmaceuticals were prohibited from being distributed in the U.S.,” FFP used “very high” U.S. market prices to value them. As a result, the “appropriate international prices for most of the pharmaceuticals at issue were a fraction of the values Food for the Poor reported,” according to the OAG. One example of FFP’s “overvalued” pharmaceutical donation transactions included in the Order alleges that for a shipment to Guatemala in 2013, FFP valued the antibiotic Ciprofloxacin and the painkiller Tramadol at $553,627 (total) using U.S. prices; using the “appropriate international prices,” the total value was “less than $46,000.” If FFP is overvaluing its pharmaceutical donations, as alleged, it would serve to make FFP look larger and more financially efficient than it actually is.

In addition, the Order claims that Food For The Poor is improperly “shifting” fundraising costs to program expenses by inappropriately applying the accounting rule related to joint costs from a combined educational and fundraising solicitation (“joint costs”) in its financial reporting. (For more on joint costs, see Accounting Rules Allow Nonprofits Discretion in the Reporting of Joint Costs.) The OAG asserts that FFP failed to meet the “audience” criterion required to apply joint costs accounting because FFP “has admitted that it selected the recipients of its solicitations ‘[b]ased on prior giving history.’” In 2016, FFP “shifted” approximately $4.8 million from fundraising costs to program expenses in connection with joint costs, which represented about 5.2% of its total cash-based program spending that year, according to CharityWatch’s analysis.

The OAG is seeking penalty payments from Food For The Poor totaling $1,088,000 related to the alleged violation of certain California state charitable solicitation laws, according to the Order. FFP appealed the Order in a filing dated April 10, 2018. FFP claims in its appeal that its “solicitation materials did not contain any misrepresentations,” and that “[t]he program expense ratio highlighted in FFP solicitations is true and accurate when FFP’s expenses are viewed as a whole.” FFP’s appeal also states that its financial statements were prepared in accordance with Generally Accepted Accounting Principles (GAAP) by an independent certified public accountant (CPA), and asserts that FFP has valued its pharmaceutical gifts-in-kind and allocated its expenses associated with joint costs in accordance with GAAP.

After the cease and desist order, Food For The Poor slightly changed the “95% of all donations” statements on its website to specifically mention donated goods: “… more than 95% of all donations, including donated goods, go directly to programs that help the poor” [italicized emphasis added]. Sometime between June 8th and July 9th, 2018, however, it appears that FFP removed the “95% of all donations” language from its website. For example, there are no longer any “more than 95% of all donations” claims on FFP’s “Frequently Asked Questions – FAQs” webpage, when there had previously been at least three, and the “About Us” section now touts that FFP is “one of the largest international relief and development organizations” in the U.S., rather than the 95% claim. Nonetheless, on its “Financial Information” webpage, FFP still displays its program services spending as 94.5% in the pie chart graphic for its 2017 financial activity.

Those familiar with CharityWatch’s rating methodology know that in our calculations of a charity’s Program Percentage and Cost to Raise $100, we adjust out the value of the gifts-in-kind received and distributed by a charity. The Order against Food For The Poor highlights two of the primary reasons our ratings exclude the value of gifts-in-kind: (1) we want to help donors understand how efficiently their cash donations are being raised and spent by charities; and (2) the reporting and valuation methods related to gifts-in-kind can be subjective and may vary significantly from one charity to the next. In addition, our ratings adjust for a charity’s application of joint costs, or as described in the Order, the “shifting” of fundraising costs to program expenses. CharityWatch believes that most donors do not consider such joint solicitation/educational activities to be equivalent to the substantive programmatic activities (e.g., providing aid to the poor) they are intending to support with their charitable donations. Therefore, we treat a charity’s reported program joint costs as fundraising expenses for the purposes of calculating the financial efficiency ratios that factor into our letter grade ratings. These adjustments CharityWatch makes in its ratings for gifts-in-kind and joint costs allow donors to compare charities on an apples to apples basis.

CharityWatch’s rating for Food For The Poor underscores the allegedly “unfair and deceptive” nature of FFP’s “95% Statement” described in the Order. CharityWatch gives Food For The Poor a “B-” grade, based on a $29 Cost to Raise $100 and a 65% Program Percentage in 2016. Therefore, while FFP may have claimed that “more than 95% of all donations” go directly to programs that help the poor, CharityWatch’s analysis lets donors know that FFP’s program spending was actually only 65% on a cash basis. This 30 percentage point difference, accounted for by gifts-in-kind and joint costs adjustments, illustrates the usefulness of CharityWatch’s methodology for measuring the financial efficiency of the many charities like FFP that report substantial amounts of gifts-in-kind transactions and/or significant joint costs. Furthermore, CharityWatch is the only major watchdog organization that provides donors with charity program percentages and fundraising ratios that are adjusted to exclude the valuation of in-kind donated goods. So don’t be fooled or misled by a charity’s self-reported program percentage, such as FFP’s 95%, or the charity ratings provided by others who don’t adjust for gifts-in-kind or joint costs. Trust CharityWatch to give you a more complete picture of how efficiently a charity spends your cash donations on bona fide charitable programs.

UPDATE:  On September 20, 2019, the California AG "announced three final decisions that upheld cease and desist orders issued against Catholic Medical Mission Board, Inc., Food for the Poor, Inc., and MAP International for their deceptive solicitation tactics." The Food For The Poor decision, effective September 6, 2019, upheld that "FFP shall immediately cease and desist from including the '95% Statement' in its solicitations to California donors (or other percentages of combined cash and non-cash donations used for programs)." FFP is also required to pay a penalty of $1,000,000 to the California AG. The respective decisions in the matters against Catholic Medical Mission Board and MAP International require a penalty payment of $409,575 and $80,600, respectively. Click here to read the September 20th, 2019 press release in its entirety.

The Alice in Wonderland World of Charity Valuation

The Alice in Wonderland World of Charity Valuation

In the wonderful world of charitable gifts-in-kind (GIK) where lives are saved and suffering is lessened, nonprofit executives can fully utilize their creative abilities when measuring the value of the donated goods they receive s...

In the wonderful world of charitable gifts-in-kind (GIK) where lives are saved and suffering is lessened, nonprofit executives can...

View Through the Looking Glass

View Through the Looking Glass

In August of 2011 CharityWatch published The Alice in Wonderland World of Charity Valuation, in which we described a serious problem among many charities that raise and distribute non-cash aid called gifts-in-kind (GIK). Charities...

In August of 2011 CharityWatch published The Alice in Wonderland World of Charity Valuation, in which we described a serious probl...

In nonprofit financial reporting, the funds spent on telemarketing, direct mail, or other solicitation activities that also include an "action step" or "call to action" are referred to as "Joint Costs." Charities often use joint c...

In nonprofit financial reporting, the funds spent on telemarketing, direct mail, or other solicitation activities that also includ...

Tricks of the Charity Trade: Donors Unknowingly Pay to Recei...

Tricks of the Charity Trade: Donors Unknowingly Pay to Recei...

How many return address stickers, note pads, and greeting cards have you collected from charity mailings urging you to make a contribution? How many phone calls have you received from pushy telemarketers using any...

How many return address stickers, note pads, and greeting cards have you collected from charity mailings urging you to make a cont...

What do you know about GAAP? Unless you are knowledgeable about accounting, probably very little. GAAP is short for Generally Accepted Accounting Principles. Sounds like boring stuff you don't need to know about, right?...

What do you know about GAAP? Unless you are knowledgeable about accounting, probably very little. GAAP is short for Generally Acce...

Making Sense of WWP's Program Spending: Which Ratio Should Y...

Making Sense of WWP's Program Spending: Which Ratio Should Y...

Ever since the popular veterans charity Wounded Warrior Project (WWP) was accused of wasting donations on lavish spending in reports by CBS News and The New York Times in early 2016, WWP's program percentage...

Ever since the popular veterans charity Wounded Warrior Project (WWP) was accused of wasting donations on lavish spending in repor...

The office of the California Attorney General (OAG) "is committed to protecting generous donors from the harm caused by misleading accounting gimmicks," states a May 30th, 2019 press release announcing the OAG's lawsuit......

The office of the California Attorney General (OAG) "is committed to protecting generous donors from the harm caused by misleading...