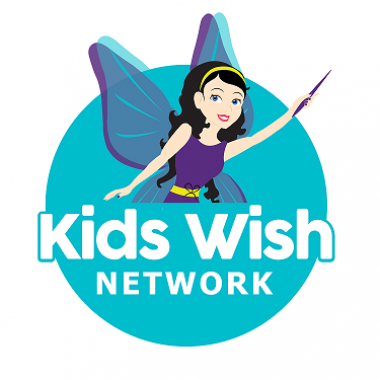 It is difficult for many donors to pass up the chance to help grant a wish to a sick or dying child. Kids Wish Network (KWN) reported raising over $19.4 million from donors during its 2011 financial year for this very popular cause. Unfortunately, the charity routinely spends the vast majority of its budget each year paying its fundraisers, not granting wishes to sick kids. Recently, other questionable practices at KWN came to light when an employee-turned-whistleblower helped reveal large payments made by the charity to fundraising companies operated by one of its founders.

KWN was co-founded in 1997 by Mark Breiner. Other founders included his wife, Shelley Breiner, who until recently worked as KWN’s treasurer, and her mother, Barbara Askin. According to the Tampa Tribune, Mark Breiner stepped down as president of the charity to become a professional fundraising consultant, citing “the difficulties faced by charitable organizations in today’s economic climate” as the reason for his career change. Apparently running a charity in this economy was not too difficult a task for his mother-in-law, Barbara Askin, who stayed on as a paid officer of KWN.

According to KWN’s fiscal 2010 tax form, between June of 2009 and May of 2010 it paid $993,000 to United Charities International (UCI), a for-profit fundraising consulting firm, for “licensing and consulting services.” Mark Breiner had recently become a co-managing partner of UCI while still president of KWN, according to the Tribune. The charity’s CFO, Anna Lanzatella, took over as executive director of KWN the following fiscal year, but payments to companies operated by Mark Breiner, including UCI and another fundraising company, Amerasource, continued. These totaled $692,000 between June of 2010 and May of 2011, according to the charity’s fiscal 2011 tax form.

News of these payments would likely have never come to light had it not been for Meanda Dubay, who was employed by KWN as a “wish granter.” Dubay told the Tribune that when the mother of a child with cancer rejected an offer of assistance over questions about the charity’s finances, it “raised a huge red flag” for her. She started having concerns about the charity’s fundraising methods, contracting practices, and IRS tax form reporting. In a four-page letter with twenty-six pages of documentation, Dubay outlined her concerns to KWN’s board in early 2012. The charity fired her that day. KWN apparently did not like Dubay going through its files. According to the Tribune, two weeks prior to firing her it reported Dubay to authorities claiming she stole propriety information for the purpose of setting up her own charity.

To the dismay of the donating public, few regulations exist that strictly prevent charities from entering into lucrative contracts with companies of current or former employees and their relatives. However, IRS reporting rules do require transactions between a charity and a person in a position to influence it to be disclosed in publicly available documents. In fiscal 2010 and 2011 KWN failed to report that payments were made to UCI and Amerasource. Only after Dubay brought her concerns to the charity’s board did it file amended tax forms with the IRS for those years, claiming that its failure to report large payments to companies run by its founder and former president in its original tax filings was simply “an oversight.”

While Mark and Shelley Breiner are no longer employed by KWN, payments to at least one of Mr. Breiner’s companies are set to continue. A contract between the charity and Amerasource filed with Florida’s Division of Consumer Services reveals that Breiner’s company is under contract to provide fundraising consulting services to KWN through at least mid-2015. This contract was signed by the parties in May of 2010. A contract addendum was signed in March of 2011 on KWN’s behalf by Breiner’s mother-in-law, Barbara Askin, and by Lanzatella as “CEO.” Mark Breiner signed as “CEO” of Amerasource.

If it were the case that Kids Wish Network used the majority of its resources each year to help sick children, perhaps some donors would overlook potential conflicts of interest that could arise from a fundraising consulting contract between the charity and its co-founder. Sadly, the charity’s for-profit fundraisers are the recipients of the biggest “wishes” granted by KWN. According to the charity’s fiscal 2011 tax form, it raised $15.6 million via its ten largest solicitation campaigns that year, with fundraisers receiving $13.7 million of this amount, leaving only $1.9 million available to be spent on charitable programs. This is no surprise to CharityWatch, which has assigned KWN an F rating for over a decade due to how little of its resources are spent to fund the programs for which it solicits donors. Our analysis of KWN’s most recent audit and amended tax form reveals that the charity spent only 10% of its cash expenses on its programs in fiscal 2011.

Mark Breiner thinks watchdogs like CharityWatch get it wrong, telling the Tribune that the public should ignore criticisms of KWN’s finances and focus instead on all the children whose lives the group has helped. On its web site KWN states that it helped 103,672 kids last fiscal year, and reports in its audit for the same period that it spent just under $4.9 million on “Wish Granting.” Donors should be aware that this figure does not represent the total value of gifts passed on to each child, but rather the average per-child cost of delivering each wish. It includes more than $825,000 of program staff costs, among other expenses. Even when all wish granting costs are included, the average amount spent per child was only $47, which includes in-kind goods the charity received and passed on as part of its wish granting. Donors who have contributed cash to KWN will be disappointed to learn that once in-kind goods are excluded, it spent an average of less than $17 to grant each child’s wish last fiscal year.

Whoops! The professional telemarketing solicitor had it reversed. The solicitor told potential donors that 80% or more of their donation would be used for granting the wishes of terminally ill children when in actuality the solici...

Whoops! The professional telemarketing solicitor had it reversed. The solicitor told potential donors that 80% or more of their do...

When someone calls on the phone and asks you to donate to an organization with a name like Children's Wish Foundation International, wouldn't you like to think that most of your money would help grant the wishes of terminally ill ...

When someone calls on the phone and asks you to donate to an organization with a name like Children's Wish Foundation Internationa...