Damar Hamlin's Chasing M's Foundation: What to Know About Your Donations

245,000 donors propelled a $2,500 charity into an $8.7 million one practically overnight. So what will happen to the donations?

Injured Buffalo Bills safety Damar Hamlin was released from the hospital last week after suffering serious injuries during a Monday Night Football game on January 2nd, 2023. The Chasing M's Foundation, founded by Hamlin, experienced an atmospheric rise in donations in the wake of Hamlin's injury. CharityWatch was contacted by The Buffalo News for commentary:

"'Sometimes a cause starts out very small and one major tragedy can propel a $2,500 organization into an $8 million one practically overnight,' said Laurie Styron, executive director of nonprofit charity watchdog CharityWatch."

"'Even with the best of intentions and good faith commitment to manage donations ethically and responsibly, the people capable of running a very small organization may be out of their depth trying to run a big one,' she said." 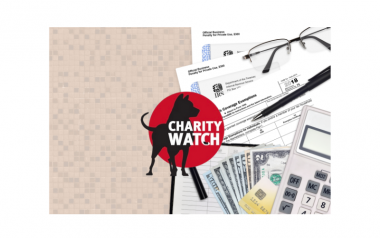 Is "Chasing M's Foundation" a Charity?

In order to become a public charity, filing formation paperwork in one's state of incorporation is only a first step. To be recognized as a public charity in the eyes of the Internal Revenue Service (IRS), an organization must, among other things, electronically file Form 1023 for recognition of exemption from federal income tax under section 501(c)(3). Donors who want to itemize their charitable donations come tax time should check to see if the nonprofits they are donating to are recognized public charities in good standing with the IRS before making their contributions.

"If an organization applies for tax-exempt status with the IRS and is later approved, the IRS typically applies tax-exempt status retroactively to the date of application," Styron told The Buffalo News. In the present time, The Chasing M's Foundation has enlisted The Giving Back Fund, a California-based nonprofit organization, to act as its fiscal sponsor. Fiscal sponsors are nonprofits that serve as incubators for fledgling causes, providing administrative, financial, program, and management support to groups and individuals engaged in charitable work who have not yet separately obtained tax-exempt status from the IRS. The Giving Back Fund works with high-net-worth individuals and professional athletes, charging a retainer based on the complexity and volume of services provided. Importantly, because donations to a fiscally sponsored organization are processed through the 501(c)(3) sponsor, they are generally eligible to accept tax-deductible contributions.

1. Has Chasing M's Foundation yet filed a Form 1023 and/or other paperwork with the IRS with the intention of obtaining 501(c)3 public charity status? If so, please indicate what paperwork was filed and the filing date(s). If not, does it intend to do so, and approximately when?

2. Has Chasing M's Foundation yet registered with the PA Department of State as a charity soliciting within that state's borders? If so, please indicate what paperwork was filed and the filing date(s). If not, does it intend to do so, and approximately when?

3. Has Chasing M's Foundation yet registered with any other states requiring registration as a condition of soliciting residents within their state's borders?  Or, is the Foundation actively in the process of completing such registrations?

4. Can you please provide a list of the Foundation's current board members and their titles?

5. We would like to confirm for donors which online fundraising campaigns are legitimately associated with the Chasing M's Foundation. For example, the two listed below:

a. Can you please indicate if one or both of these fundraisers is run by the Chasing M's Foundation?

b. Are there any other online fundraisers run by the Chasing M's Foundation?

6. Can you provide a few sentences briefly describing how Chasing M's Foundation intends to use the funds it has collected thus far?

7. If The Giving Back Fund is now formally the fiscal sponsor of The Chasing M's Foundation, does it intend to, in its public financial reporting (IRS Form 990 and/or audited financial statements), segregate the funds it raises and spends on behalf of The Chasing M's Foundation so that donors to the Foundation can understand how their donations were used? If not, would The Giving Back Fund be willing to provide such information to charitywatch.org in the future for our analysis?

CharityWatch will update this article if/when we receive responses from The Giving Back Fund.

A legal entity by the name of Chasing Millions LLC also appears in the Pennsylvania Department of State's Business Entity Search Records database as an active "Domestic Limited Liability Company" (LLC), with an initial filing date of 08/09/2022. According to a January 10, 2023 article in The Athletic, the LLC houses Hamlin's clothing brand. "As the foundation's donations picked up, so did sales of Chasing M's gear," reported The Athletic.

It is important for donors to understand that the LLC is a separate legal entity and not part of the nonprofit Chasing M's Foundation. While the proceeds from certain sales may be promised to various charitable causes, the LLC is ultimately a for-profit company and is not subject to the same public disclosure rules as 501(c)(3) public charities that must submit financial statements to the IRS each year for the public record.