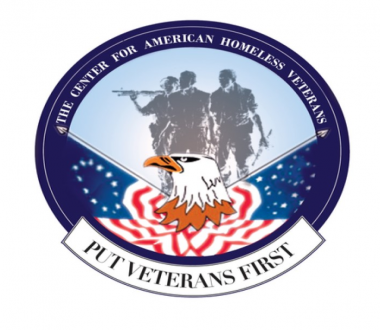 “It is despicable that there are organizations out there that will deceive kind-hearted Virginians who just want to help homeless veterans in our communities,” said the Attorney General of Virginia in a March 5th, 2020 press release announcing a settlement with two Virginia-based nonprofits, Center for American Homeless Veterans (CAHV) and Circle of Friends for American Veterans (COFAV), and their founder, Brian Arthur Hampton. The “allegedly deceptive” organizations “raised funds across the country through telemarketers ostensibly to provide education and assistance for homeless veterans, but a majority of which actually went towards paying telemarketers and the salaries of the founder and staff,” according to the press release. The organizations, which were shut down as part of the settlement, allegedly “misused more than $13 million that was supposed to go towards homeless veterans.”

CAHV and COFAV both operated from the same address in Falls Church, Virginia. CAHV also raised funds under the names of American Veterans Associations and Association for Homeless and Disabled Veterans; and COFAV under the names of American Homeless Veterans and Homeless Veterans of America. Both organizations have a history of “F” ratings by CharityWatch, with outrageously high fundraising costs and disgracefully low program spending. For example, CAHV spent a meager 4% of its cash budget on programs and had a $90 cost to raise each $100 in funds during its 2017 fiscal year, according to CharityWatch’s most recent rating. COFAV had similarly poor financial efficiency ratios in fiscal 2017, spending only 9% on programs and incurring $89 to raise each $100 in funds, based on CharityWatch’s analysis. Moreover, CAHV and COFAV “allegedly also had a host of troubling internal processes and business practices with no real board oversight,” according to the March 2020 press release.

In addition to shuttering both CAHV and COFAV, the settlement bars Hampton from soliciting charitable contributions and holding a fiduciary position with any charitable organization, and requires a $100,000 distribution to charities that provide real assistance to homeless veterans. Two of the three charities listed as one-third-share beneficiaries of the $100,000 are Bob Woodruff Family Foundation and Homes For Our Troops, each Top-Rated by CharityWatch. The third beneficiary is the Richmond-based charity, Virginia Supportive Housing. If CAHV, COFAV, or Hampton fail to comply with the terms of the settlement, suspended judgments amounting to more than $3.7 million can be enforced. The Consent Judgment with the Commonwealth of Virginia also states that CAHV, COFAV, and Hampton concurrently entered into “a substantially similar settlement in the form of an Assurance of Discontinuance with the Attorney General of the State of New York.”