Doctors Without Borders: A Top-Rated Charity Providing Aid to Ukrainians

Why Is Doctors Without Borders Top-Rated?

CharityWatch analyzed the audited financial statements and IRS tax Form 990 for Doctors Without Borders (Tax ID#13-3433452) for the fiscal year-ended 12/31/2020, the most current available. As part of our analysis, we segregated its cash from non-cash (in-kind) revenue and expenses, the latter of which included approximately $1.9 million of in-kind services. By "following the cash" we are able to report more relevant information to donors about how efficiently a charity will use its cash donations. We also reviewed information in the charity's audited financial statements, IRS tax Form 990, and website, to assess its governance and transparency.

Transparency: Doctors Without Borders USA meets CharityWatch's benchmarks for Transparency. It posts a copy of its most current audited financial statements on its website, and has responded to our questions about its fiscal 2020 financial reporting (if any) necessary for CharityWatch to complete a meaningful analysis. 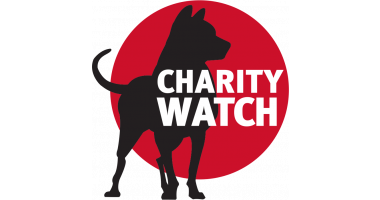 Consider making a donation to CharityWatch to support our in-depth research and analysis of charities.

What Is Doctors Without Borders Doing to Help Ukrainians?

Doctors Without Borders (Medecins Sans Frontieres) is working to set up emergency response activities in the country and is dispatching teams to Poland, Moldova, Hungary, Romania, and Slovakia. Teams are also ready to respond in Russia and Belarus. In the Ukrainian city of Mariupol, teams have distributed medical kits to treat war-wounded people. The charity has also provided telemedicine training for trauma care for 30 surgeons from eastern Ukraine. In the Donetsk region, Doctors Without Borders has been working with local volunteers, organizations, health care professionals, and authorities to help people travel to health care facilities, access prescribed medications, and to raise awareness about common health challenges. Read CharityWatch's in-depth article about Doctors Without Borders.

Lots of charities claim to be providing aid to Ukrainians, but are they really? If so, what are they doing? CharityWatch asked the tough questions...

Lots of charities claim to be providing aid to Ukrainians, but are they really? If so, what are they doing? CharityWatch asked the...