Donors Warned to Be Cautious of Scams After Mass Shootings

"'It's very difficult to get your money back if you give it to a scammer,' she said. 'And there's just no way for regulators or watchdogs like us to keep up with the amount of fraud and scam attempts that are out there.'"

"For those still seeking to donate, Styron said when she is moved by events happening in the country and the world around her, 'my heart is sort of the inspiration for my donation but then I use my head when I actually discern where my money should really go where it can do the most good.'"

- CharityWatch Executive Director, Laurie Styron, gives tips for donating in the wake of a disaster or other tragedy such as the shooting in Uvalde, Texas or the war in Ukraine.

The tricky thing about charity fraud is that much of it is never caught. Even scammers that are eventually busted and brought to justice may never return your donation or forward it to a charity working in the cause you intended to support. The money is often long gone by the time fraud is detected, and you can't get blood out of a turnip, as the saying goes.

Your $10 donation to an efficient, effective, and legitimate charity will make a bigger impact in forwarding the cause you want to support than your $1,000 donation to a scammer or highly inefficient nonprofit. Before making a charitable contribution, read these tips for avoiding charity frauds and scams. Make giving thoughtfully an essential part of how you give. 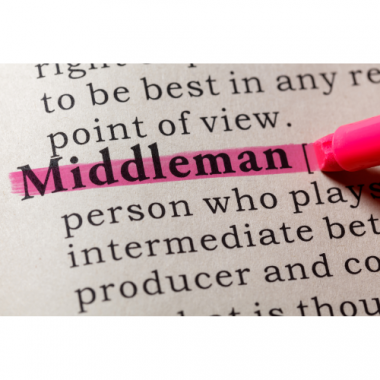 1. Cut Out the Middleman & Give Directly

When prompted to give in response to a social media post, direct mail letter, telemarketing call, or other fundraiser, you are asked to focus on the cause or end recipient of your contribution as opposed to the person or company asking you for the donation. Just because the charity is legitimate doesn’t mean the person asking for the donation is. Instead of clicking on a donation link posted by a third-party, open a new browser and navigate directly to the donation page on the charity’s official website. Eliminating the unnecessary middleman will likely mean:

* Scammers are unable to pocket your donation for themselves

* You are exposing your personal information to fewer people, putting yourself at less risk for identity fraud or for having your data circulated to companies that may use it to bombard you with ads and additional donation requests 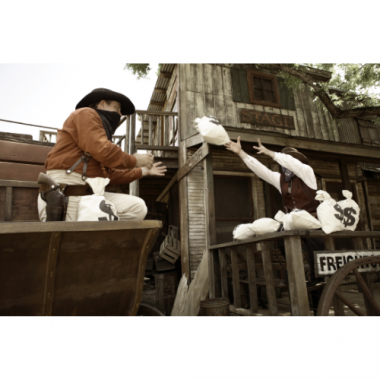 2. Crowdfunding: The Wild West of Charitable Giving – Don’t Rely on the Wisdom of the Crowd

Donating through a crowdfunding website is not much different than handing cash over to a stranger on the street. Unlike registered charities which are subject to formation filings and reporting requirements like articles of incorporation, bylaws, tax exemption applications, annual IRS tax reporting, and state solicitation filings, crowdfunding campaigns are most often conducted by individuals for whom no public financial reporting is required. There are countless examples of scammers taking advantage of crowdfunding platforms to siphon donations away from people and causes with legitimate needs and redirect this cash to themselves.

* When you encounter a crowdfunding campaign that promises to pass funds on to a charity, skip the middleman and donate directly to the nonprofit on its official website.

* If a campaign claims to benefit victims of a tragedy or disaster, find financially efficient registered charities with a track record of performing good work in similar crises and donate to these instead. Doing so will better ensure that funds get to legitimate victims in a timely manner and are distributed equitably.

* If you are moved by the plight of an individual or family asking for funds to help with medical bills or other personal expenses, donate at your own risk. You could be helping a family in dire need or lining the pockets of a fraudster. There is rarely a way to know for certain. If you do decide to take a leap of faith and make a donation to an individual, make sure you are on the official campaign page of that individual or family and not a copycat page created by a scammer in the wake of a tragedy to confuse donors and siphon funds away for themselves. 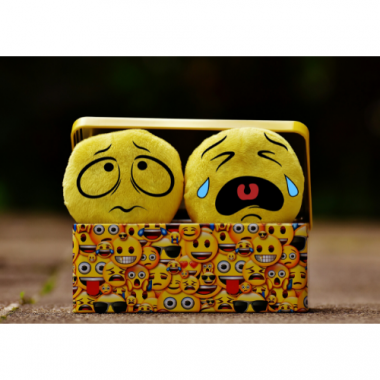 3. Keep Your Emotions in Check

Nonprofits may use evocative imagery and heartbreaking stories to create a sense of urgency about an issue, engendering empathy and inspiring you to donate immediately, generously, and repeatedly. While it’s ok for you to allow your emotions to catalyze your giving, when it comes time to make a donation it’s important to think with your head and not with your heart. A charity’s ability to post sad photos, tell sad stories, or provide a handful of anecdotal examples of people it has helped does nothing to inform you about how efficiently it is operating on the whole or if it is even a legitimate charity at all.

One of the best ways to keep emotions in check when making giving decisions is by being proactive rather than reactive. Instead of making a contribution on the spot in reaction to an emotional appeal for donations, think ahead. Consider how much you can afford to donate to charity each year, reflect on which causes are important to you, then seek out efficient and responsible charities working in those causes that conduct the specific types of programs you want to support and have a track record of impactful work.

Listen to the podcast When Giving Can Go Wrong for a deeper dive into how to maintain optimism and generosity in your giving habits while also being discerning when making donating decisions. Also read Our Hope for a Better World is Reflected in Our Acts of Giving. 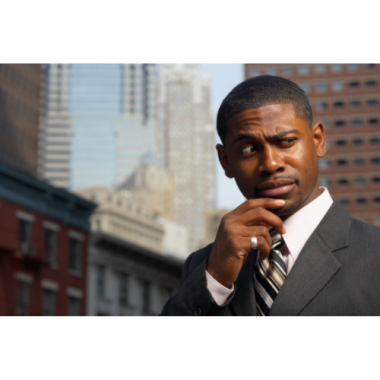 4. Scrutinize the Claims Charities Make About Themselves

A bad charity is rarely going to tell on itself. In fact, the people running it will go to great lengths to obscure its financial reporting, using accounting tricks or outright lies to make it appear to be operating more efficiently than it actually is. For-profit professional fundraisers soliciting on a charity’s behalf may have a contract with the charity that allows it to skim as much as 90-95% of your donation off the top before passing what little remains on to the charity. Such fundraisers are notorious for crafting highly misleading donation appeals designed to play on your emotions and convince you that most of your donation will be used for a charitable purpose when this is far from the case.

* For an example, read here about the telemarketers of nearly 20 “F” rated charities that were subject to a $110 million judgment after being busted by the Federal Trade Commission (FTC).

Also understand that sham charities and financially inefficient nonprofits sometimes use ratings published by third-party websites to lend credibility to their organizations and gain your trust. A charity having a high rating or impact profile posted in an online ratings database does not necessarily mean a qualified financial analyst (or any human) has scrutinized that reporting in any meaningful way. Some of the online databases purporting to rate charities contain data on tens of thousands of nonprofits that is primarily derived from computer-automated algorithms that scan machine-readable tax forms for self-reported information. Others function more as crowdsourcing websites, allowing charities to upload information about themselves in exchange for an improved rating. In other words, such websites may function as little more than an extension of a charity’s marketing strategy versus watchdogs that rigorously scrutinize financial reporting for the purpose of informing and protecting donors. When you see a charity touting its high ratings from third-party websites, don’t factor this variable into your giving decisions until you fully understand the level of analysis that went into those ratings and how easy (or difficult) it is for charities to game those systems for their own benefit.

Read here for some examples of third-party raters:

5. Donate to Top-Rated Charities or Conduct Your Own Research

Visit CharityWatch’s list of Top-Rated charities to identify an efficient charity to support working in a cause important to you. Nonprofits on the list generally spend 75% or more of their budgets on programs, spend $25 or less to raise $100 in public support, do not hold excessive assets in reserve, have met CharityWatch's governance benchmarks, and receive "open-book" status for disclosure of basic financial information and documents to CharityWatch. Please visit the Our Process page for more information on CharityWatch’s rating criteria and methodology.

CharityWatch’s A+ to F ratings are the result of thousands of hours of in-depth analysis of large U.S. charities of national scope or interest. Our quality over quantity approach to rating charities unfortunately means that we can’t rate every nonprofit. We have compiled this list of Resources for Donors & Journalists to aid you in your research of nonprofit organizations of interest to you. Tips for researching smaller charities or those that primarily raise and spend funds locally can be found here.

As the only independent charity watchdog in the United States, CharityWatch relies on your support to fund our in-depth research and analysis in order to bring you the charity ratings and reports that you can rely on to help you make more informed and intelligent giving decisions. We hope you will consider making a donation to CharityWatch today:

"...[C]rowdfunding campaigns [are] the 'Wild West of charity fundraising... Good intentions mixed with hubris is a dangerous combination,' Styron said." Crowdfunding: Don't Rely on the Wisdom of the Crowd. ...

"...[C]rowdfunding campaigns [are] the 'Wild West of charity fundraising... Good intentions mixed with hubris is a dangerous combi...

CharityWatch issues a comprehensive report on its findings on the National Rifle Association and its related Foundation as the nation grapples with continued gun violence...

CharityWatch issues a comprehensive report on its findings on the National Rifle Association and its related Foundation as the nat...