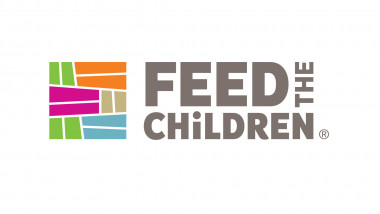 The Oklahoma City based Feed the Children (FTC), which has long received poor ratings from CharityWatch and was named “The Most Outrageous Charity in America” by us in 2009, is now facing new turmoil, according to a March 2017 report by The Oklahoman. Based on complaints by FTC’s former CEO and President, J.C. Watts, the Oklahoma State Attorney General’s Office initiated an official inquiry into FTC in the fall of 2016, focusing on the “management and operation” of the charity. The Oklahoma County District Attorney will act as a special prosecutor and will determine whether there is any wrongdoing at FTC.

J.C. Watts’ tenure as Feed the Children’s CEO and President lasted less than a year after he began on February 1st, 2016 and then abruptly left in November. Watts, a former U.S. Congressman, outlined his complaints regarding FTC in a September 2016 letter to its board of directors, according to The Oklahoman. Chief among Watts’ complaints was that FTC was misusing funds. In particular, Watts complained about $2.3 million FTC paid to Christian bands, artist managers, a Christian comedian, and a Christian marriage therapist team since 2013. The Oklahoman notes that, according to Watts, almost all of the money was paid upfront to 34 artist groups as part of FTC’s fundraising plan, but only one group completed the agreed upon number of performances. At least six groups did not perform any dates, yet FTC has not been able to recover any of those related payments. Furthermore, Watts wrote that the hired performers were not appropriately registered to raise funds on behalf of FTC, and “it appears that the bands were allowed to also charge a fee to the church or place they performed in addition to a ticket fee and none of those dollars flowed back to FTC,” according to The Oklahoman.

Additional complaints in the Watts letter, per The Oklahoman, include his concern about the $300,000+ salary paid to Feed the Children’s Chief Operating Officer, who also is president of the for-profit trucking company that is the chief carrier for FTC. Watts also called FTC’s bylaws and board minutes “nearly incomprehensible” and complained that “[n]o meaningful donor management system exists” at FTC.

“Feed the Children called the ‘alleged issues’ without merit but pledged to cooperate in the inquiry,” according to The Oklahoman.

On the heels of spurring the official inquiry described above, Feed the Children’s former CEO and President, J.C. Watts, has filed a wrongful termination suit against the charity and six of its board directors. Watts’ tenure at FTC lasted less than 10 months into his three-year contract, and he alleges in the lawsuit that he was fired in retaliation for reporting the problems and irregularities at FTC to the Oklahoma State Attorney General’s Office (OAG), according to an April 2017 report by The Oklahoman.

In the lawsuit filed April 10th, 2017, Watts alleges that the day after he told one of the FTC board members that he had relayed to the OAG the concerns he had set forth in his September 2016 letter to the FTC board of directors, a special board meeting was held, and Watts was terminated. Watts also claims that the FTC board “falsely represented [to him] that FTC was on a solid financial and organizational foundation and had resolved the well-publicized past problems.” According to Watts’ allegations, FTC was “solely interested in his fund raising abilities and did not want any interference with the long running practices of the organization.”

Watts claims he has suffered financial damages and emotional distress and also is seeking punitive damages due to the “intentional and malicious” actions of the defendants. FTC “has called the ‘alleged issues’ raised by Watts baseless and without merit,” according to The Oklahoman.

See the Alerts & Articles section of FTC’s rating for more on the charity’s controversial history.

More bad behavior has come to light after AIP handed Feed the Children its "Most Outrageous Charity Award" in our last edition of the Charity Rating Guide. After having worked three decades at the charity, founder Larry Jones was ...

More bad behavior has come to light after AIP handed Feed the Children its "Most Outrageous Charity Award" in our last edition of ...

The Most Outrageous Charity in America: Larry Jones' Feed th...

The Most Outrageous Charity in America: Larry Jones' Feed th...

From forged audits and alleged employee theft in the late '90s to alleged burglary and board coup staging within the past year, no other major charity can match Feed the Children's record of outrageous behavior over the past ten.....

From forged audits and alleged employee theft in the late '90s to alleged burglary and board coup staging within the past year, no...

Food is Only a Small Portion of What Feed the Children Distr...

Food is Only a Small Portion of What Feed the Children Distr...

Feed the Children, an AIP F-rated charity that spends only 18% of its cash budget on program services and spends 60% on direct mail and television and radio ads, has been enormously successful obtaining gifts in kind...

Feed the Children, an AIP F-rated charity that spends only 18% of its cash budget on program services and spends 60% on direct mai...

After conducting a four-month investigation, WTVF, a Nashville television station, recently reported that it had secretly videotaped Feed the Children's Nashville front office "from the executive director on down"...

After conducting a four-month investigation, WTVF, a Nashville television station, recently reported that it had secretly videotap...