Indeed, There's Never Been a Better Time to be a "Scammy" Nonprofit

"There's a slew of private charity raters, such as BBB Wise Giving Alliance, Charity Navigator, and Guidestar. These groups confer a sheen of credibility on nonprofits through numerical ratings and gold stars. And yet a large number of problematic nonprofits enjoy high ratings on these sites."

"These ratings are routinely called out by CharityWatch, the only real aggressive watchdog. The organization helps journalists interpret IRS nonprofit disclosures while revealing how the documents themselves can be easily gamed to understate executive compensation and overstate impact. 'The whole system is propped up on false assumptions and flawed automated methods,' said Laurie Styron, CharityWatch's leader."  --The New Republic, 08/12/2022 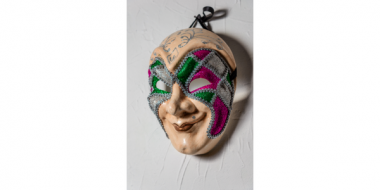 There's Never Been a Better Time to Be a Scammy Nonprofit

In an August 2022 article published in The New Republic, investigative journalist, Jasper Craven, presents a case study in how the government's deteriorating oversight of the nonprofit sector and questionable charity ratings used in nonprofits' marketing efforts threaten to destroy the donating public's trust in charities.

The article centers on a nonprofit, Quality of Life+ (QL+), formed in 2008 by former CIA scientist, Jon Monett. The charity sought to bring together engineering students with needy veterans to create life-enhancing prosthetics, but arguably received more attention for a scandal reported by the Los Angeles Times in December of 2020 that described a toxic work environment at the charity, including accusations that Monett had sexually assaulted "at least two women."

The New Republic reports that behind the scenes, "according to sources who have worked for QL+, company documents, and affidavits related to ongoing litigation--QL+ continued to grapple with myriad other issues, including allegations of inappropriate financial and accounting practices, conflicts of interest, retaliation against whistleblowing employees, and questionable expenses."

One online aggregator of charity marketing materials and self-reported charity financial data, Charity Navigator, "initially placed an advisory on QL+, noting the allegations in the Los Angeles Times," according to The New Republic, but later "removed any mention of the scandal following communication between the two parties and what a Charity Navigator official described as proof of 'corrective action.'" Another online charity database, Guidestar, that grants charities bronze, silver, gold, or platinum status in exchange for uploading data about themselves to its website, was an internal topic of conversation at QL+, according to The New Republic article. A QL+ leader expressed a need to focus on Guidestar, "so we can reference that rating in our grant applications and marketing," according to The New Republic. QL+ currently enjoys a platinum rating, the highest offered by Guidestar, based on its rating criteria. 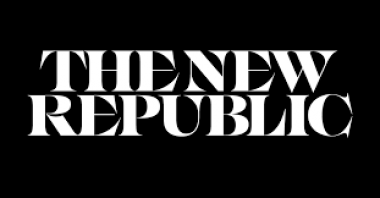 Read the full August 2022 article in The New Republic. 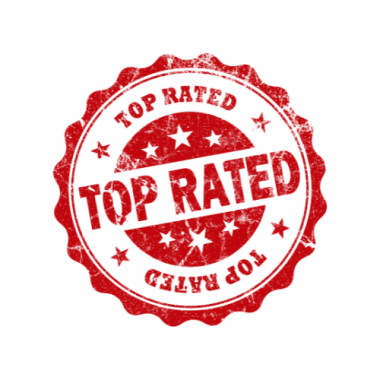 Charities using their online ratings, in part, to gain or maintain credibility and boost donations is not new. A number of charities to which CharityWatch assigns "D" or "F" ratings boast of the high ratings they receive on various nonprofit trade association websites. For example, Mutts With a Mission, which receives an "F" rating from CharityWatch based on our analysis of its fiscal year ended 12/31/2019 audited financial statements and IRS Form 990, states the following on its website: "We are proud to be an ADI accredited organization and to have maintained a 100% rating on Charity Navigator. You can be confident that your donations make a difference!"

According to the Mutts With a Mission audit of December 31, 2019 (Note 4, Related Party Transaction, Transactions Affiliated with Board Members):

"Over 90% of the Organization's support is from the direct mail campaigns directed by one professional fundraising consulting firm, ForthRight Strategy..."

CharityWatch assigned Mutts With a Mission an "F" rating based on its 2019 fiscal year when our in-depth analysis revealed that it spent only 9% of its cash budget that year on programs that did not include fundraising solicitations, and that it cost the charity $84 to raise each $100 in cash support.

Paws for Purple Hearts posts the 2021 Guidestar Platinum Transparency seal on the footer navigation of its website. CharityWatch had previously assigned Paws for Purple Hearts a "?" rating due to our concerns about the reliability of the charity's financial reporting and its decision to not respond to our specific questions, despite our multiple inquiries.

In our December 4, 2020 article, CharityWatch reported the following:

Paws for Purple Hearts (PFPH) may be including fundraising expenses in its reported program activities and inflating its program accomplishments in the process. CharityWatch contacted PFPH's chief operating officer in 2018 and 2019 with questions about variances in its 2017 financial reporting compared to prior years. In October 2018, PFPH told CharityWatch that it was working to provide us with "thorough responses," but when we followed up in early 2019 the charity stated that it is "going to have to decline the opportunity to provide a detailed response..."

CharityWatch assigned Paws for Purple Hearts a "?" rating for its 2017 and 2019 fiscal years (CharityWatch did not complete a rating of PFPH's 2018 financial activities) for the following reasons:

CharityWatch's current rating of Paws for Purple Hearts is a "D" based on our analysis of its audited financial statements and IRS Form 990 for its fiscal year ended 12/31/2020. Our analysis revealed that the charity spent only 43% of its cash expenses on programs that did not include fundraising solicitations, and that it cost the charity $52 to raise each $100 of cash support. The charity also failed many of CharityWatch's governance benchmarks. For example, for 2020 the charity reports that it does not regularly and consistently enforce compliance with a written conflict of interest policy; does not require annual disclosure by its officers, directors, and key staff of interests that could give rise to conflicts; does not have written whistleblower or document destruction and retention policies; and does not report documenting minutes of the board and board committee meetings. 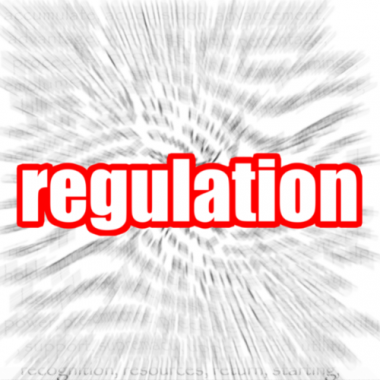 Some donors mistakenly believe that the government regulates charities sufficiently to prevent the most egregious forms of fraud and financial mismanagement in the nonprofit sector, when this is unfortunately not the case. Rather than incompetence being the main culprit, the primary issues are Constitutional and other legal constraints, and lack of funding.
In 2021 the Supreme Court of the United States (SCOTUS) ruled that states cannot require charities to file Form 990 Schedule B (Schedule of Contributors) or otherwise compel them to disclose their major donors as a condition of being allowed to solicit donations within their respective borders. CharityWatch filed an Amicus Brief in support of this effort to root out potential illegal activities (such as improperly using charities to forward political interests), but these attempts at improved regulation were ultimately struck down on First Amendment grounds.
In 2019 California Assembly Bill 1181 was vetoed by California Governor Newsom. If passed, it would have prevented charities from inflating the value of their gifts-in-kind contributions (such as nearly expired pharmaceutical donations) by requiring valuations to be based on the markets of distribution. While this legislation failed to be adopted, California was successful in exposing and shutting down certain individual charities that exploited these accounting tricks.

In the 1980's the Supreme Court of the United States (SCOTUS) shot down several attempts by state regulators to legally require charities to spend a minimum percentage of their annual budgets on program activities and limit their overhead spending. See Riley v. National Federation of the Blind; Secretary of State of Maryland v. Munson Co.; Schaumburg v. Citizens for Better Environment.

Not all is lost for those donors who want to make truly informed decisions when donating to charity. In addition to CharityWatch's rigorous ratings of charity financial efficiency, Top-Rated charities, and reporting on High Assets and nonprofit executive salaries of $1 million or more, donors can also view top charities and nonprofit evaluations of these other raters such as GiveWell and Animal Charity Evaluators that publish well-researched data on the organizations they analyze.

Ubiquitous on charity websites is a ribbon-style seal that in large type reads "BEST IN AMERICA," features five stars across the top edge, and indicates that the charity awarded the seal is "certified by Independent Charities of A...

Ubiquitous on charity websites is a ribbon-style seal that in large type reads "BEST IN AMERICA," features five stars across the t...

GuideStar, Charity Navigator and BBB Wise Giving Alliance have started a campaign called "The Overhead Myth" which asserts that focusing on the percentage of a charity's budget spent on administrative and fundraising expenses......

GuideStar, Charity Navigator and BBB Wise Giving Alliance have started a campaign called "The Overhead Myth" which asserts that fo...

A message from CharityWatch Executive Director, Laurie Styron...Because no independent charity rater has the unimaginable resources that would be required to independently investigate, verify, measure, and standardize the “impac...

A message from CharityWatch Executive Director, Laurie Styron...Because no independent charity rater has the unimaginable resource...