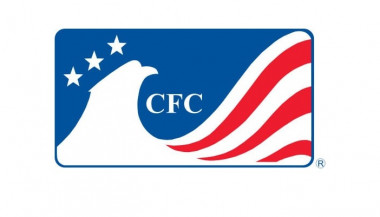 For many donors, an easy, convenient way to donate to charity is through the United Way, the Combined Federal Campaign (CFC), or other workplace giving campaign that allows employees to have money deducted directly from their paychecks for charity. For U.S. federal employees, including civil servants, postal workers, and military personnel, the CFC is the only charity solicitation campaign permitted by law in the workplace. The money raised is later distributed to the more than 22,000 CFC charities and charity federations participating in the program based on causes of the donor's choosing. The U.S. Office of Personnel Management (OPM), the governmental department in charge of the CFC, reported another record year of pledges in 2005, amounting to $268.5 million.

With so much money flowing through the CFC, and with the government in charge of setting guidelines for charity participation in the program, many donors may have been surprised by recent news that about 1,280 CFC charities are currently more than $36 million in aggregate debt for back payroll and other federal taxes. Failure to pay taxes or other bills is a serious issue, as it may be a signal that a charity's dire financial situation will force it to shut down. This could result in donations to the charity being used for tax-related or other administrative expenses, rather than for programs the donor intended to support. Interestingly, this tax debt did not stop 170 of these charities from receiving about $1.6 billion in federal grants in 2005, according to U.S. Government Accountability Office (GAO) testimony before the House Committee on Ways and Means. When AIP contacted the GAO to obtain the names of the charities listed in their report, we were told, "The names of the charities have not been released, are not available to the public," and they "have no plans to [release the names]."

Millions in tax debt is not the only problem the GAO found with the CFC. Other problems the GAO cites in its testimony include the OPM not verifying charity applicants' exempt organization status, and lack of controls to prevent fake charities from enrolling in the CFC program. The OPM states on its web site that it is accountable for insuring that "all charitable organizations listed in the CFC have met strict eligibility requirements on an annual basis," and that "charities that apply to receive funds through the CFC are required to submit to extensive review of their financial and governance practices prior to acceptance." Despite these claims, the GAO was able to apply to three local campaigns with a fictitious charity using fake documents and an erroneous tax payer I.D. number. "In all three campaigns, our application for participation in the 2006 CFC was accepted, said the GAO in its report."

The OPM confirmed that "the GAO expressed concerns about OPM's ability to ensure that charities participating in the CFC are legitimate 501(c)(3) entities," then added that they "have taken steps to assure participants in the 2006 CFC have current, valid tax exempt status." "It's a fluid situation. The office is in the process of working on it," said Michael Orenstein, Spokesperson for the OPM, when asked what their office would do to prevent future problems with the approval process.

Unfortunately, even if the money collected in the CFC is distributed to legitimate charities, it does not guarantee that donations will be used efficiently. CFC guidelines require that charities have administrative and fundraising expenses of no more than 25% of total support. The CFC guidelines make an exception for charities that exceed the percentage limit by allowing them to participate in the campaign if they certify that their actual expenses are reasonable and provide to the CFC an explanation and plan to reduce overhead expenses below 25%.

AIP worries that the 25% overhead limit, computed using self-reported figures from a charity's tax form, may leave potential room for charities to skew their reporting to meet this guideline. Other guidelines do require that discrepancies between the audit and the tax form be reconciled by the CPA completing the audit. Still, AIP questions the adequacy of this part of the screening process which allows many charities poorly rated by AIP to meet the requirements. For example, Feed the Children, a charity rated F by AIP for spending only 19% of cash expenses on program, and spending $66.00 to raise $100, participates in the CFC.

The GAO referred 15 of the charities that engaged in abusive and potentially criminal tax-related activity to the IRS for consideration of additional collection or criminal investigation. When AIP contacted the OPM to find out if the charities involved in the report, specifically these 15, would still be allowed to participate in the CFC program, we were told "If any of those charities apply and otherwise meet eligibility and public accountability requirements, they will be able to participate."

AIP strongly believes that the government's refusal to release the names of the charities involved is a disservice to donors, who have a right to know if the charities they are funding or considering donating to are tax cheats. Many charities use their participation in the CFC in their advertising and other promotional materials as a means of generating support from the public. Some donors may be hesitant to give.