CharityWatch reached out to several Top-Rated organizations soliciting donations for Ukrainian relief efforts with hard-hitting questions about the amount of donations they have collected so far and how they are using them. We reached out to Operation USA. The charity responded on Friday, March 4th, 2022. This is what we found:

Q: How much has Operation USA raised so far?

Q. Does Operation USA have a dollar target for the amount of donations it plans to raise to provide aid related to the conflict in Ukraine? If so, will it stop fundraising for this conflict once it has reached this target?

A. Operation USA "does not have a target for fundraising. We will continue to raise as much money as possible, indefinitely, to help refugees, as we anticipate this crisis will be ongoing for several years."

A. Operation USA "is in the process now of identifying community-based partners on the ground in Poland to which we can make emergency cash grants. We anticipate the first $20,000 in grants to go out as early as Monday [March 7, 2022], with additional grants to quickly follow. We are working in tandem with the Association of Community Foundations Of Poland to identify the groups that have the highest need but might not be getting funding from other sources."

Q. Does Operation USA have plans to expand upon the humanitarian aid it is already providing?

A. Operation USA "will continue to expand/provide additional aid as much as fundraising allows. We anticipate that after the distribution of emergency cash grants to partners already aiding refugees, there will be a longer term need for supplies, which we will strive to help meet with [in-kind] shipments and the facilitation of partnerships between corporate partners and groups aiding refugees. We will coordinate the shipment of material aid from corporate partners in the U.S. to eastern Europe, and hope to also help facilitate the delivery of material aid from partners in Europe who are in closer proximity to the crisis. If funding allows, we will remain committed to community-based partners in Poland for the long term with projects such as clinic and school reconstruction and other service-based programs at refugee sites. [Operation USA] has been doing this work for 43+ years (having previously worked in Poland in the 1980s after martial law was enacted), and will call on any/every contact available to assess further opportunities to help where needed. We plan to get as much cash and as many supplies to the area as possible, however possible, (which may also mean partnering with other U.S.-based NGOs and aid organizations)."

Q. If at some future date Operation USA has completed its operations related to providing aid in this conflict and still has funds left over that people donated specifically for this purpose, what is your organization's policy or plans for how such funds will be used?

A. Operation USA "is proud to maintain extremely low overhead and is committed to spending 100% of restricted funds where they are intended. As such, we will not have any funds left over. All funds received in support of aiding Ukrainian refugees will be spent aiding Ukrainian refugees. If we have a cash balance left over after completing all confirmed shipments/projects, those funds will be distributed to partners on the ground in Poland via cash grants."

Q. Can you provide any information about how much money Operation USA has spent so far providing aid related to this conflict?

A. Operation USA "has not yet expended any funds for this crisis [as of March 4,2022]. We anticipate emergency cash grants to start going out as early as Monday, [March 7, 2022] ($20-$30k split between several organizations). If we are able to secure space for supplies on an airlink flight, [Operation USA] is prepared to pay for the cost of shipping to the east coast for that deployment."

Why Is Operation USA Top-Rated by CharityWatch?

CharityWatch analyzed the audited financial statements and IRS tax Forms 990 for Operation USA. As part of this process, we segregated the cash donations and expenses the charity received and spent from the non-cash (in-kind) donations of goods it received and distributed so that we can give donors a clearer picture of how efficiently it used its cash donations.

Transparency: Operation USA meets CharityWatch's benchmarks for Transparency. It posts a copy of its most current audited financial statements on its website, and has responded to our questions about its financial reporting (if any) necessary for CharityWatch to complete a meaningful analysis.

Governance: CharityWatch reviewed the IRS Form 990 for Operation USA to see if it reports having certain policies in place (Conflict of Interest, Whistleblower, Document Retention) and a sufficiently independent board of directors. We also reviewed the consolidated audited financial statements of Direct Relief to determine if any governance issues were identified by the charity's auditors that were required to be reported under Generally Accepted Accounting Principles (GAAP). Direct Relief meets CharityWatch's governance benchmarks. 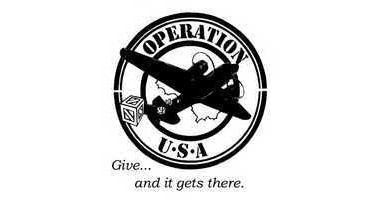