The American Institute for Cancer Research (AICR) is a public charity whose mission is reported as "advances research, education and community programs for cancer prevention and survivorship," according to its fiscal 2021 IRS Form 990 tax filing. Unfortunately, CharityWatch's analysis has uncovered that the vast majority of this cancer charity's resources are spent on advancing fundraising efforts, not cancer-related programs.  On CharityWatch's "A+" to "F" rating scale, American Institute for Cancer Research currently receives a "D" rating for spending only 44% of its expenses on programs and spending $54 to raise each $100 in cash support in fiscal 2021. This low program spending is nothing new—AICR's program percentage has not exceeded 44%, based on CharityWatch's ratings dating back to AICR's 2007 fiscal year:

Some charities engage in what is referred to by the IRS as "Business Transactions Involving Interested Persons." These transactions are reported on a charity's IRS Form 990 Schedule L. According to the IRS, the purpose of the schedule is "to provide information on certain financial transactions or arrangements between the organization and disqualified person(s)...or other interested persons." The IRS defines a disqualified person as "any person who was in a position to exercise substantial influence over the affairs of the applicable tax-exempt organization..."

Some charities choose to engage in business transactions with a disqualified person because its board of directors determines that doing so is in the charity's best interest. For example, say a computer repair shop owned by one of a charity's board members offers to provide repair services to the charity at a cost that is 25% lower than the price being offered for similar services by other companies. In this case, a charity's board of directors might collectively decide to use that board member's company as their go-to computer repair vendor since the cost for repairs is cheaper than what the charity could obtain elsewhere.

According to the American Institute for Cancer Research audit of September 30, 2021 (Note 13, Related Parties, Fundraising and professional services):

"Direct Response Consulting Services (DRCS) provides fundraising and other professional services to the Institute. The Institute's management performs a periodic review of amounts paid for fundraising services and believes that the payments are comparable to or less than payments that would be made to unrelated parties for such services. DRCS is owned by the founders of the Institute who are not currently Board Members. Under the Institute's governing legal instruments, the above individuals may not vote to elect or remove members of the Board of Directors while under a service contract with the Institute and for a period of three years thereafter.

"For the years ended September 30, 2021 and 2020, the Institute incurred expenses of approximately $417,000 and $372,000, respectively, for fundraising and other professional services, for which payment was made to DRCS and DRCS' related companies..."

According to the American Institute for Cancer Research's (AICR) fiscal 2021 IRS Form 990, Schedule L, the relationship between the charity and the interested person is that Direct Response Consulting is a "35% controlled entity of the founders of AICR." 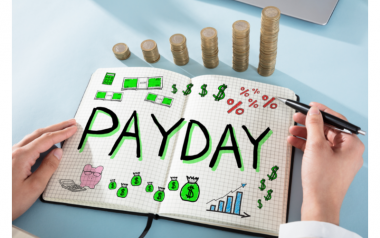 According to the American Institute for Cancer Research audit of September 30, 2021 (Note 12, Employee Benefits, Employment agreements):

"To retain the services of a key employee, the Institute entered into an employment agreement in 2011. This agreement provides for annual compensation and other compensation such as bonuses, supplemental retirement and other benefits. The employee retired and the Institute made a lump sum payment during the year ended September 30, 2021."

According to the American Institute for Cancer Research (AICR) tax filing for the fiscal year ended September 30, 2021, AICR includes in its reporting for Compensation Information re: Officers, Directors, Trustees, Key Employees, and Highest Compensated Employees (IRS Form 990, Schedule J, Part II), "Other reportable compensation" in the amount of $500,000 paid to Kelly B. Browning, Executive VP (thru 02/28/21). Regarding this compensation, the AICR reports (IRS Form 990, Schedule J, Part III):

"Effective January 1, 2001, AICR's board of directors adopted a supplemental retirement benefit arrangement for the Institute's President and Chief Executive Officer in recognition of their long term service and continuing commitment to the charitable activities of AICR. The supplemental retirement benefit is equal to the lump sum present value of the single life annuity in the amount of 1% of average compensation for each year of service with AICR and vested over a five-year period. Both executives are fully vested, and amounts are considered taxable...

Earlier this year CharityWatch compiled a list of "F" rated charities that received funding through the Paycheck Protection Program. With its "D" rating, American Institute for Cancer Research did not quite make the list.  Still, donors and taxpayers, alike, may be interested in knowing that they are funding a charity with a long history of spending far more on overhead than it does on its programs each year.

According to the American Institute for Cancer Research audit of September 30, 2021 (Note 7, Note Payable):

"As part of the Coronavirus Aid, Relief, and Economic Security Act, the Institute applied and was approved for a forgivable loan through the Small Business Administration Paycheck Protection Program (PPP). Under the PPP, the Institute obtained a loan of $647,600...bearing interest at 1%. Originally, the Institute was required to make monthly payments of principal and interest starting during January 2021, with any remaining principal and interest due at maturity on June 2, 2022. As part of the PPP Flexibility Act, the monthly principal and interest were further deferred. Interest continued to accrue during the additional deferral period. On April 26, 2021, the Institute obtained a second loan in the amount of $675,855 under the PPP. The amount of forgiveness was to be up to the full principal amount of the loans and any accrued interest if they are appropriately used for eligible expenses. ... Both loans were fully forgiven during the year ended September 30, 2021 and recognized as part of other revenue on the [audited] statement of activities."

Reported Charity Salaries May Not Tell the Full Story

Reported Charity Salaries May Not Tell the Full Story

Donors often seek out information on charity executive salaries when considering whether or not to donate to a particular nonprofit. Unfortunately, the presentation of such salary data often causes donors to incorrectly conflate l...

Donors often seek out information on charity executive salaries when considering whether or not to donate to a particular nonprofi...

Many highly inefficient charities with histories of very low program spending and "F" ratings from CharityWatch received taxpayer subsidized PPP funds that could have been better utilized by other, much more efficient nonprofits....