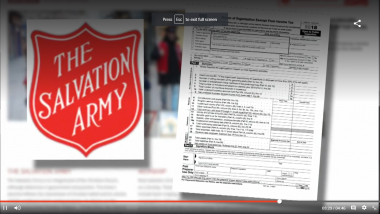 Watch CharityWatch president, Daniel Borochoff, on CBS Minnesota commenting on the compensation and benefits practices of Salvation Army officers. [Note: CharityWatch rates the Salvation Army-Central Territory and its other three Territories, based on their audited financial statements and other factors.]