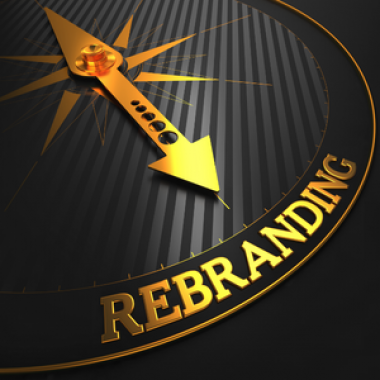 When I started my career in the nonprofit sector more than twenty years ago, I learned the importance of an unofficial charity marketing document known as an “Annual Report.” These are the glossy brochures published by charities for distribution to funders and board members designed to highlight a charity’s accomplishments, present a small snapshot of flattering financial data, and encourage more donations. In the past, everyone understood that such brochures were marketing materials, not official financial reports, and should not be taken too seriously for purposes of vetting a charity for financial efficiency, effectiveness, or program impact.

And then came the great rebranding. Annual Reports have not substantially changed but are now referred to as “Impact" reports by charities and the nonprofit trade associations that serve their interests. Donors are actively encouraged to ignore financial ratios that quantify how much of their donation a charity will spend on its legitimate programs and instead focus on the “impact” it is having in its cause area, as defined and reported by the charities themselves. Because no independent charity rater has the unimaginable resources that would be required to independently investigate, verify, measure, and standardize the “impact” claims of tens of thousands of charities, “Impact Reports” and other qualitative data are sourced directly from the charities themselves and republished with little to no scrutiny.

This essentially amounts to allowing charities to rate their own "impact." And just as a charity has no incentive to circulate unflattering financial data or governance missteps in its Annual Report or other marketing materials, it has no incentive to fail itself on the grading scale it has created to measure its own program impact. It also has no disincentive from changing the benchmarks and moving the goal posts it uses to measure its own impact in order to achieve favorable results. When such self-assessed "impact" data is circulated in a charity's marketing materials, most people understand that this information should be taken with a grain of salt and not be trusted at face value without further analysis. However, when it is included as a component of a charity's overall rating on some nonprofit trade association websites, many donors may think that it has been subjected to a rigorous vetting and verification process, when this is almost never the case.

So is it possible to legitimately measure a charity's program impact? Yes, but it requires an incredible amount of time and resources. The impact evaluation organization, GiveWell, reports spending more than 30,000 hours of analysis time annually to "recommend a small number of charities that do an incredible amount of good." CharityWatch also assigns high ratings for financial efficiency and governance to the following organizations that are also on GiveWell's list of Top Charities:

CharityWatch is unable to rate Against Malaria Foundation for financial efficiency due to how the organization is structured (see information below*). GiveWell has invested significant time and resources evaluating the organization's impact and the organization appears on its list of Top Charities.

GiveWell is dedicated to finding outstanding giving opportunities and publishing its analysis data to help donors decide where to give. GiveWell excels at the time-intensive and complex task of quantifying the impact of additional donations (e.g., lives saved or improved). Donors can consider using GiveWell's data in conjunction with CharityWatch's "A+" to "F" ratings of charity financial efficiency, governance, and other metrics.

"There's a slew of private charity raters, such as BBB Wise Giving Alliance, Charity Navigator, and Guidestar. These groups confer a sheen of credibility on nonprofits through numerical ratings and gold stars. And yet a large number of problematic nonprofits enjoy high ratings on these sites."

"These ratings are routinely called out by CharityWatch, the only real aggressive watchdog. The organization helps journalists interpret IRS nonprofit disclosures while revealing how the documents themselves can be easily gamed to understate executive compensation and overstate impact. 'The whole system is propped up on false assumptions and flawed automated methods,' said Laurie Styron, CharityWatch's leader."  --The New Republic, 08/12/2022 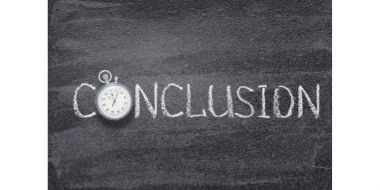 Measuring a charity's program impact (as GiveWell does) and financial efficiency (as CharityWatch does) are both worthy endeavors, but they require an incredible investment of time and resources. GiveWell recommends only a handful of Top Charities each year and CharityWatch publishes ratings on just over 600 nonprofits, including Top-Rated charities.

The fact is, no nonprofit trade association or charity rater has the resources that would be necessary to independently research, evaluate, and verify the program impact and financial efficiency claims of tens of thousands of charities. For this reason, donors should be very cautious when encountering online databases that post ratings or profiles on a very large number of nonprofit organizations. In most cases, what donors are viewing amounts to little more than an extension of charities' marketing materials, not independently produced ratings by an objective, third-party rating organization like CharityWatch, GiveWell, or Animal Charity Evaluators.

Program impact and financial efficiency metrics provide donors with valuable information with which to make more informed giving decisions so that they can invest resources in the organizations and causes most important to them. Automating and/or crowdsourcing these processes in order to create rating profiles on tens of thousands, or even hundreds of thousands of charities, can do a disservice to donors who are seeking independently vetted information that goes beyond the marketing spin presented by charities in their Annual Reports, "Impact" reporting, and other marketing materials.

Read Busting the Myths of "The Overhead Myth" for more information on this topic.

From CharityWatch's report on Against Malaria Foundation:

*The Against Malaria Foundation (AMF) is a worldwide operation headquartered in the United Kingdom (UK). AMF consists of the UK-based foundation and 10 other "sister foundations" that include a United States branch (AMF-US), as well as foundations established in Australia, Belgium, Canada, Germany, Ireland, Italy, The Netherlands, New Zealand, and South Africa. Each of the sister foundations has its own governing board.

"AMF(US) is part of an international network of AMF Foundations all of which have a common purpose, being the raising of funds to procure long-lasting insecticidal bednets. To facilitate administration and the management of the bednet procurement and subsequent distribution programs, all funds raised by AMF(US) are routed to its sister foundation in the UK. A total of $22,947,484 was routed this way..." (IRS Form 990, Schedule O re: Part III, Statement of Program Service Accomplishments - line 4e, Total program service expenses).

CharityWatch's methodology is not designed to measure how efficiently one entity of a charity grants funds to one of its related organizations or affiliates. For this reason, CharityWatch does not believe it is fair to publish a program efficiency ratio for AMF-US alongside those of other charities that conduct their own programs and/or primarily make grants to other, independent charities. In addition, CharityWatch is unable to provide a fundraising efficiency ratio for AMF-US since AMF does not report separate fundraising expenses for the U.S. branch on its fiscal 2020 IRS Form 990 tax filing.

CharityWatch's inability to provide ratings for AMF-US or AMF is strictly due to the reasons described above and not to their unwillingness to provide information or answer our questions. In order for CharityWatch to be able to rate AMF in the future, we would require consolidated or combined financial statements, expressed in U.S. dollars and based on U.S. GAAP reporting standards, including an audited Statement of Functional Expenses. Such statements would eliminate interorganizational transactions, as well as provide a comprehensive view of how the organization both raises and spends public dollars, on the whole, that is comparable to the other charities rated by CharityWatch. This information may not currently be practicable for AMF to provide given its organizational structure and that it is headquartered in the United Kingdom.

Visit our Resources for Donors page for information about GiveWell, a charity rating organization (unrelated to CharityWatch) that specializes in impact evaluations and has published detailed reports on Against Malaria Foundation.

As the only independent charity watchdog in the United States, CharityWatch needs your help to continue performing our critical role in keeping the nonprofit sector honest...

As the only independent charity watchdog in the United States, CharityWatch needs your help to continue performing our critical ro...