Gold, silver and bronze–these three words together bring to mind the prestigious medals awarded for first, second and third place in the Olympic Games. Now imagine that you see a charity displaying a gold, silver or bronze designation. Would this elicit the same level of prestige for the charity as an Olympic medal? Taken at face value, it likely would for most of us. If we see a gold insignia associated with a charity, that charity must be a highly worthy one to which to donate, right? Unfortunately, this may not always be true, and in the case of the GuideStar Exchange program, even unworthy, financially inefficient charities can receive a gold, silver or bronze level designation. 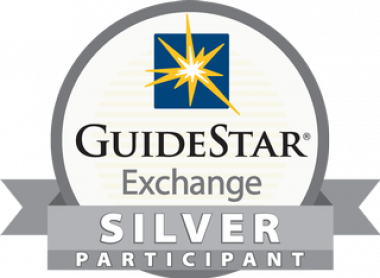 In June 2013, GuideStar, which connects people and organizations with information on the programs and finances of IRS-registered nonprofits, announced “major changes” to its “GuideStar Exchange” program. GuideStar describes GuideStar Exchange as “the only program of its kind that encourages nonprofit transparency on a national scale and allows nonprofits to supplement the public information that is available from the IRS.” The program is free of charge and open to any-sized nonprofit. Now, however, instead of being an “all-or-nothing Seal program,” GuideStar Exchange is made up of bronze, silver and gold participation levels based on the amount of information the participant shares with the public through GuideStar.

The information required for each GuideStar Exchange participation level is summarized below.

While CharityWatch believes that nonprofit transparency and information sharing with donors is critical, we caution donors not to be misled when you see the Gold, Silver or Bronze GuideStar Exchange Participant Logo being displayed by a charity. Being a GuideStar Exchange participant at any level, including gold, does not indicate one way or the other if the charity will use your cash donations efficiently. Participation merely indicates that certain types of information are being shared by the charity via GuideStar. No independent analysis or assessment of the provided information is being conducted. All nonprofits should be able to fulfill the very basic information sharing requirements for at least the bronze or silver level GuideStar Exchange participation with relative ease. In fact, except for the self-assessed impact report, charities already are reporting much of this information in order to be legally registered in the states that require it.

The table below provides some specific examples of how being a Gold, Silver or Bronze GuideStar Exchange participant does not necessarily correlate with the charity’s financial efficiency. Also supported by the examples in the table is the relative ease with which a charity can meet the silver participation level, regardless of financial efficiency.

Children, Incorporated (CI) provides another example of the ease with which a charity can meet the requirements to be a Silver GuideStar Exchange participant. CI failed to have an independent audit of its 2012 financial information (confirmed by CI’s Chairman in a conversation with CharityWatch). In CharityWatch’s opinion, having an independent financial audit is an important measure of accountability and transparency. Conducted by independent licensed professionals outside of the charity, an audit is performed to obtain reasonable assurance about whether financial statements are free of material misstatement. Audit procedures include reviewing internal controls, potential conflicts of interest, and other activities that could significantly impact a charity’s operations. As a result, audits often reveal information about a charity that the charity itself does not want to, or is not required to, report in its tax filing. Moreover, a financial audit is a legal requirement for a charity to be registered to raise funds in many states, and in fact, CI’s registration has expired in at least the states of California and North Carolina. While CharityWatch can understand why GuideStar would not require a financial audit for smaller charities that average, for example, $150,000 or less in annual contributions, CI reported receiving over $4.9 million in contributions on its 2012 tax filing. Primarily based on the lack of audited financial statements for 2012, CI receives a question mark (?)—insufficient information to grade—rating from CharityWatch. Yet, if donors were to judge CI based on the GuideStar Exchange program criteria, CI is a “Silver-level GuideStar Exchange participant, demonstrating its commitment to transparency.” CharityWatch believes that overlooking the need for audited financial statements for charities such as CI is a serious weakness in the GuideStar Exchange program.

A total of 37,339 nonprofits participate in GuideStar Exchange, with 11,842 at bronze, 22,792 at silver, and 2,705 at gold level as of March 12, 2014, according to GuideStar’s website. Although organizations that participate in GuideStar Exchange represent just a small percentage of the total nonprofits in the U.S., it is important to understand that when you do see a charity displaying a GuideStar Exchange Participant Logo, that logo means nothing more than that the charity is sharing either basic, financial, and/or self-reported impact/effectiveness information through GuideStar. Not only are the GuideStar Exchange participation levels ill-suited to measure how efficiently a charity will use your cash donation, but as illustrated by the table on page 23 and Cody’s USNVA charity scam, such misuse of the GuideStar Exchange Participant Logos could end up misdirecting donations from charities that are highly efficient in raising funds and using those funds for charitable programs to charities that are extremely inefficient in those areas, or worse yet, altogether fraudulent.

So don’t be misled by the eye-catching Gold, Silver and Bronze GuideStar Exchange Participant Logos. When seeking information on the financial efficiency of charities, continue to rely on the grades published by CharityWatch in order to maximize the effectiveness of your donated dollars.

Veterans and cancer are two of the most popular charitable causes to which Americans direct significant donations. While these two causes seemingly have little to do with one another, one set of charities proves otherwise...

Veterans and cancer are two of the most popular charitable causes to which Americans direct significant donations. While these two...

Charity Continues to Deceive Donors In the Name of Fallen Po...

Charity Continues to Deceive Donors In the Name of Fallen Po...

"Police officers put their lives on the line every day for their communities. It is wrong for any organization to try to take advantage of public sympathy for the losses of the families of fallen heroes," said Minnesota's Attorney...

"Police officers put their lives on the line every day for their communities. It is wrong for any organization to try to take adva...