In an August 2022 article published in The New Republic, investigative journalist Jasper Craven presented a case study in how the government's deteriorating oversight of the nonprofit sector and questionable charity ratings used in nonprofits' marketing efforts threaten to destroy the donating public's trust in charities.

The article centers on a nonprofit, Quality of Life+ (QL+), formed in 2008 by former CIA scientist, Jon Monett. The charity sought to bring together engineering students with needy veterans to create life-enhancing prosthetics, but arguably received more attention for a scandal reported by the Los Angeles Times in December of 2020 that described a toxic work environment at the charity, including accusations that Monett had sexually assaulted "at least two women."

The New Republic reports that behind the scenes, "according to sources who have worked for QL+, company documents, and affidavits related to ongoing litigation—QL+ continued to grapple with myriad other issues, including allegations of inappropriate financial and accounting practices, conflicts of interest, retaliation against whistleblowing employees, and questionable expenses."

One online aggregator, Charity Navigator (CN), which publishes largely automated ratings on thousands of charities based primarily on their self-reported, unaudited tax form data, "initially placed an advisory on QL+, noting the allegations in the Los Angeles Times," according to The New Republic. However, CN later "removed any mention of the scandal following communication between the two parties and what a Charity Navigator official described as proof of 'corrective action,’” according to The New Republic.

The nonprofit information database, GuideStar, which grants nonprofits a bronze, silver, gold, or platinum Seal of Transparency in exchange for uploading data about themselves to its website, was an internal topic of conversation at QL+, according to The New Republic article. A QL+ leader expressed a need to focus on GuideStar, "so we can reference that rating in our grant applications and marketing," according to an internal email cited in The New Republic article. QL+ currently enjoys a platinum rating, the highest offered by GuideStar based on its rating criteria, despite the ongoing issues reported at the charity. (GuideStar and Foundation Center joined forces in 2019 and now collectively operate under the name Candid).

“There’s also slew of private charity raters, such as BBB Wise Giving Alliance, Charity Navigator, and GuideStar. These groups confer a sheen of credibility on nonprofits through numerical ratings and gold stars. And yet a large number of problematic nonprofits enjoy high ratings on these sites.”

“These ratings are routinely called out by CharityWatch, the only real aggressive watchdog. The organization helps journalists interpret IRS nonprofit disclosures while revealing how the documents themselves can be easily gamed to understate executive compensation and overstate impact. ‘The whole system is propped up on false assumptions and flawed automated methods’ said Laurie Styron, CharityWatch’s Leader.” – There’s Never Been a Better Time to Be a Scammy Nonprofit, The New Republic, August 2022 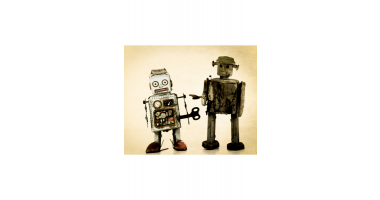 An End to Automation as an End Unto Itself?

When automation is used to improve the efficiency of routine tasks, this is no doubt a good thing. However, attempts to computer-automate charity ratings have largely treated automation as an end unto itself, ignoring the complexity and incomparability of the underlying, unaudited financial data, often producing misleading and illogical results in the process. These ratings are often taken at face value by donors who may not understand that the ratings they are viewing are not based on a rigorous, independent assessment of a charity’s programs, financial efficiency, or program impact. Rather, they are primarily or exclusively a simple reflection of what charities report about themselves.

Fortunately, it has recently become more difficult for charity trade associations and online aggregators to source the data they use to automate thousands of charity ratings. This is due to the IRS’s recent decision, announced in December 2021, to limit the data it makes available to third-party websites. This will have the effect of making it more difficult for such sources to proliferate charity financial efficiency ratios and ratings in ways that disregard the questionable quality of the financial data charities report about themselves in their tax forms.

This is good news for donors who, faced with an onslaught of charity marketing materials and ratings of questionable quality and objectivity, struggle to understand how efficiently a nonprofit will really use their cash donations. This is also good news for many charities. Open990, a helpful database that previously provided public access to copies of charity tax forms, warned that some smaller charities were unfairly rejected from grants due to online databases like theirs offering “zero or minimal data on them.” In a post on its website, Open990 stated: “...[Some] grantmakers have begun to misuse Open990.org profiles as an eligibility screen. … This is unfair to these small nonprofits, which have followed the rules and are trying to grow their capacity.”

CharityWatch frequently cautions donors to not take charity tax form reporting, or charity ratings based on such reporting, at face value for a few reasons. First, these forms are often rife with errors and omissions. Second, charities have wide latitude to report similar financial activities in a variety of different ways, making it difficult to compare one charity’s reporting against another’s without a detailed analysis and access to additional financial reporting, such as audited financial statements. And finally, because a single tax form may only reflect the financial activities of one legal entity of a much larger organization, in such cases an analysis of any individual tax form may be of limited value with respect to understanding how efficiently a charity is operating overall.  With this in mind, interested donors with a financial background who are adept at interpreting charity tax Form 990 data can still access these forms directly on the IRS website.

A message from CharityWatch Executive Director, Laurie Styron...Because no independent charity rater has the unimaginable resources that would be required to independently investigate, verify, measure, and standardize the “impac...

A message from CharityWatch Executive Director, Laurie Styron...Because no independent charity rater has the unimaginable resource...

Indeed, There's Never Been a Better Time to be a "Scammy" No...

Indeed, There's Never Been a Better Time to be a "Scammy" No...

"These ratings are routinely called out by CharityWatch, the only real aggressive watchdog...'The whole system is propped up on false assumptions and flawed automated methods,' said Laurie Styron, CharityWatch's leader." ...

"These ratings are routinely called out by CharityWatch, the only real aggressive watchdog...'The whole system is propped up on fa...