The Specifics: What Doctors Without Borders Is Doing For Ukrainians

CharityWatch reached out to several Top-Rated organizations soliciting donations for Ukrainian relief efforts with hard-hitting questions about the amount of donations they have collected so far and how they are using them. We reached out to Doctors Without Borders USA. The charity responded on Monday, March 7th, 2022. This is what we found:

Q: How much has Doctors Without Borders raised so far?

A. "As of March 7, 2022, Doctors Without Borders/Medecins Sans Frontieres (MSF)-USA has received commitments from donors amounting to approximately $2.5 million specifically earmarked for aid to people affected by the war in Ukraine."

Q. Does Doctors Without Borders have a dollar target for the amount of donations it plans to raise to provide aid related to the conflict in Ukraine? If so, will it stop fundraising for this conflict once it has reached this target?

A. "Doctors Without Borders has not set a fundraising target for this specific crisis. The needs on the ground are evolving fast and it is impossible for us to know the scale of the need at this time. Our emergency teams are responding based on their ability to access people in need and provide supplies and support to local health care systems.

Funds specifically earmarked for our response to the war in Ukraine will be directed toward our emergency programs in Ukraine and neighboring countries. We have set up mechanisms to monitor gifts received for the Ukraine crisis, as well as the evolving budgets, and will stop accepting funds specifically earmarked for use in the crisis if they exceed needs for our response in Ukraine and in the region."

A. Doctors Without Borders has a longstanding presence in Ukraine, including in regions of eastern Ukraine that have been affected by armed conflict since 2014, when we began running mobile clinics near the contact line. A large part of our work from 2014 to 2021 was responding to the needs of patients with chronic illnesses. Mental health care has also been a priority in this context--our teams and the doctors and nurses we were working with were already seeing many patients experiencing anxiety, depression and post-traumatic stress syndrome. In Luhansk Oblast, also near the contact line, we were also supporting the Ministry of Health to provide care for people living with HIV, and particularly to address the challenge of advanced HIV. We also had a tuberculosis program in the northwest of the country, with a focus on drug-resistant tuberculosis in Zhytomyr, supporting the Ministry of Health, and we had worked on significant improvement to the tuberculosis treatment center. Our annual program expenditures in Ukraine totaled 6.9 million Euros as of 2020.

When the war escalated dramatically on February 24, 2022, we had to make the painful decision to halt our normal activities. While our routine programs have now mostly stopped, we did all that we could to ensure some continuity of care for our patients.

We had some limited supplies in-country and our teams in Ukraine have been working to provide what we have available to the hospitals where they are needed, to support hospitals and doctors remotely, to prepare warehouses and transport facilities for our supplies, and assess the needs. Immediately before the latest escalation of tensions, we provided training remotely in emergency medicine and surgical preparedness to about 30 staff members at hospitals in Donetsk and Luhansk oblasts.

Events are unfolding fast and it is not possible to have a clear view of medical needs across Ukraine. It is difficult to find medical and other crucial supplies din Ukraine as these are in high demand to meet the needs of so many patients. We are working to bring in emergency supplies as an essential first step. There is a full-scale warfare in many areas, making movements difficult, dangerous or simply impossible. It is sometimes difficult to get accurate information as communication networks are not always available.

However, our staff have been in contact with hospitals that are receiving patients wounded as a result of the fighting (trauma cases). Many hospitals are facing supply shortages. We are rushing new cargo shipments of emergency medical supplies to Ukraine, and our teams are trying to donate the few remaining relevant medical stocks we have to health facilities located in areas currently under active fighting. for now, hospitals are mainly requesting medical supplies for emergency and trauma care and surgery. On February 24, our team provided one mass casualty kit, with supplies for treating traumatic injuries, to a hospital in Mariupol. On March 2, one hospital in Kyiv received medical supplies from Doctors Without Borders to treat trauma cases resulting from conflict. From March 2 to 4, we delivered 420 kilograms of medical supplies to a hospital in Kramatorsk, in an area that has been significantly impacted by the conflict. Doctors Without Borders' first international shipment of 120 cubic meters of medical supplies reached Ukraine on March 5. Of these, 40 cubic meters of supplies were transported to Kyiv the same day, and the Ministry of Health began distributing these supplies to hospitals in Kyiv and in towns farther east. These supplies were selected to treat trauma injuries typical of war settings. They include surgical kits, trauma kits, and basic necessities for intensive care units (ICUs), emergency rooms and surgical operating theaters, such as instruments, equipment, medicines, drugs and other items."

Q. Does Doctors Without Borders have plans to expand upon the humanitarian aid it is already providing?

A."Doctors Without Borders is working to rapidly scale up our medical and humanitarian response in various parts of Ukraine based on where we see the greatest need and the best opportunity for Doctors Without Borders' assistance to have a significant impact. Experienced emergency and specialized Doctors Without Borders staff are entering Ukraine and will continue to arrive to support our teams in Ukraine. Our teams are preparing for a range of scenarios, which will allow us to step up our response accordingly, such as providing surgical care, emergency medicine and mental health support for displaced people."

"Our key operations now are:

--Donations of medical supplies to hospitals in Kyiv, Mariupol, Kramatorsk and Pokrovsk

Doctors Without Borders is also currently purchasing medical supplies and relief items in Poland and other neighboring countries for use in Ukraine.

Q. If at some future date Doctors Without Borders has completed its operations related to providing aid in this conflict and still has funds left over that people donated specifically for this purpose, what is your organization's policy or plans for how such funds will be used?

A. "Doctors Without Borders often remains in post-conflict settings to fill gaps in medical care due to damaged, weak, or overburdened healthcare systems and to support refugees and internally displaced persons (IDPs). Funds raised for the current crisis would also be used to meet post-conflict needs.

Should we raise more designated funds than needed to cover these programs, we will contact donors to ask them if we can direct their gift towards other humanitarian crises around the world--many of which are neglected and attract little attention from the media and limited funding. In the past, the majority of our donors have agreed to this. Ultimately, we would refund donations if donors do not agree to derestrict or reallocate their gift."

Q. Can you provide any information about how much money Doctors Without Borders has spent so far providing aid related to this conflict?

A. Doctors Without Borders' activities are growing daily and we do not have an estimate of funds spent to date. We are mobilizing our staff and resources as described [in our responses to CharityWatch's other questions].

Doctors Without Borders provided CharityWatch with the following details about aid it is providing to Ukrainians in neighboring countries: 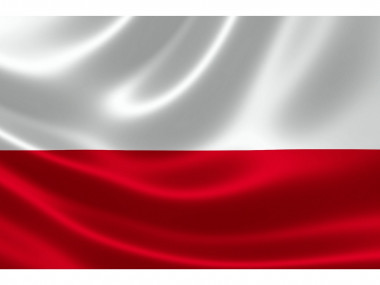 "Our emergency teams are at the Polish-Ukrainian border and elsewhere in Poland assessing medical humanitarian needs. We are also trying to get essential staff and supplies into Ukraine and set up emergency response activities across both sides of the border. So far, our operations in Poland remain modest. Doctors Without Borders donated shelter-related items for Ukrainian refugees to the Red Cross Lublin. It is likely that some Doctors Without Borders teams will be based in Poland to support our activities in Ukraine. From there, we will be able to supply our teams in Ukraine with medicines and medical equipment." 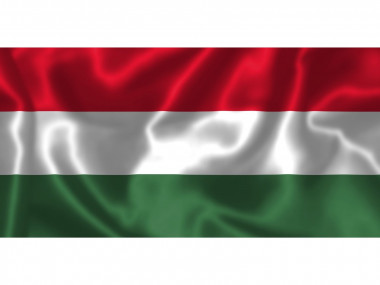 "In Hungary, we have an initial team assessing the situation and needs of people crossing the border, with a focus on identifying less visible needs for particularly vulnerable people or groups." 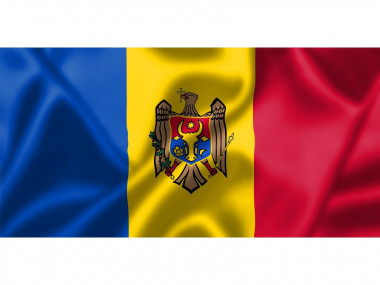 "Doctors Without Borders sent teams to the southeastern Moldova [region] to assess the situation of refugees at the border crossing points, focusing on analyzing the possibility to support chronically ill patients or mental health needs." 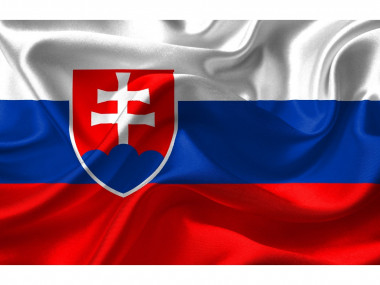 "A Doctors Without Borders emergency team arrived this week in Slovakia and has so far met with administrative officials and representatives of local aid organizations and visited border areas to assess uncovered medical and humanitarian needs of refugees." 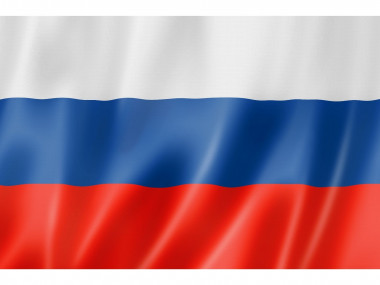 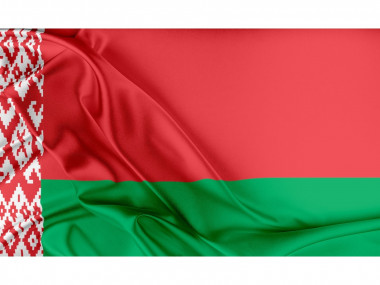 Why Is Doctors Without Borders Top-Rated by CharityWatch?

CharityWatch analyzed the audited financial statements and IRS tax Form 990 for Doctors Without Borders (Tax ID#13-3433452) for the fiscal year-ended 12/31/2020, the most current available. As part of our analysis, we segregated its cash from non-cash (in-kind) revenue and expenses, the latter of which included approximately $1.9 million of in-kind services. By "following the cash" we are able to report more relevant information to donors about how efficiently a charity will use its cash donations. We also reviewed information in the charity's audited financial statements, IRS tax Form 990, and website, to assess its governance and transparency.

Transparency: Doctors Without Borders USA meets CharityWatch's benchmarks for Transparency. It posts a copy of its most current audited financial statements on its website, and has responded to our questions about its fiscal 2020 financial reporting (if any) necessary for CharityWatch to complete a meaningful analysis.

Learn why Doctors Without Borders USA is a CharityWatch Top-Rated charity, and what the organization is doing to aid victims of violence in Ukraine.

Learn why Doctors Without Borders USA is a CharityWatch Top-Rated charity, and what the organization is doing to aid victims of vi...