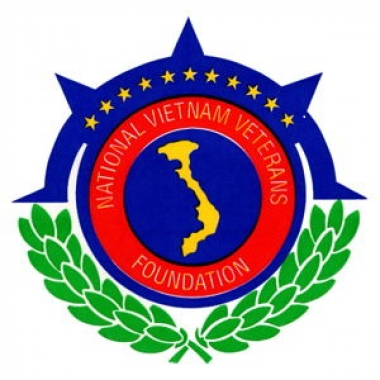 National Vietnam Veterans Foundation (NVVF) is to permanently close and its former President & Founder will pay damages, return his severance, and be banned nationwide from handling charitable assets as a result of settlements reached with the New York Office of the Attorney General (OAG), according to a November 10th, 2016 OAG press release. NVVF had been consistently F-rated by CharityWatch.

The OAG's investigation found that NVVF spent the majority of its millions in contributions on paying professional fundraisers and insider expenses. The former President & Founder, John Thomas Burch, Jr., admitted that NVVF had paid 90% of its donations to its fundraisers. In 2014, out of about $8.6 million in contributions raised on NVVF’s behalf, over $7.7 million went to pay professional, for-profit fundraisers. Burch also admitted to deceptively marketing how money solicited for NVVF would be spent towards helping veterans.

Although not much was left for NVVF after the cut taken by fundraisers, some of the remaining funds ended up being spent by Burch on his personal expenses and entertainment pursuits, according to the OAG. For example, Burch used NVVF funds to pay for foreign and domestic travel; to frequent night clubs and expensive restaurants; and to lavish gifts on women. Burch also misused NVVF’s discretionary “Emergency Assistance Fund,” which had an annual budget of $40,000 in 2015 and $21,000 in 2013 & 2014 according to the OAG, by making payments to his relatives, friends, and personal acquaintances while legitimate claims by veterans for emergency assistance grants were denied or limited in dollar amount. As described in the settlement: “Between 2010 and 2015, Burch awarded significant amounts of cash to only a handful of women, all of whom were born after the Vietnam War ended. Six of those women received over $10,000 and one over $20,000.”

Burch agreed to pay $100,000 under the settlement terms, most of which the OAG will re-direct to charities actually helping veterans, and to repay his severance of over $5,000 back to NVVF. Additionally, Burch and NVVF’s Vice President, David Kaufman, are now permanently barred nationwide from serving as an officer, director, trustee, or fiduciary of any charitable organization.

Burch also issued a letter of apology in connection with the settlement. In the apology, Burch writes that he is “ashamed” of his actions, and he states: “I know that I can never repair the damage my organization has inflicted on donor confidence, but I urge you to continue supporting our veterans, and the worthy charities out there who are assisting them. Mine, however, was not one of them.” A list of CharityWatch’s Top-Rated Veterans & Military charities can be found here.

UPDATE:  On March 26th, 2018, the Attorney General of New York announced that his office reached a settlement that shuts down Menacola Marketing, Inc., a telemarketing company that solicited donations on behalf of NVVF and “other shell charities that exploited popular causes in order to line fundraisers’ pockets.” For more, please see the NY AG’s press release: Operation Bottomfeeder: A.G. Schneiderman Shuts Down Brooklyn Telemarketing Operation That Solicited Funds For Sham Veterans Charity.