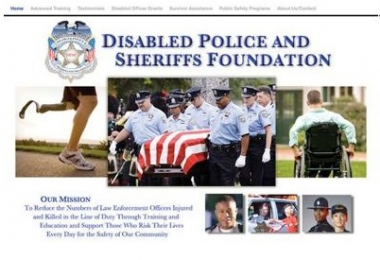 “Cheating citizens out of money and personally profiting under the guise of helping disabled law enforcement is despicable,” said the Attorney General of Missouri in a March 28th, 2019 press release announcing a settlement with “sham charity” Disabled Police and Sheriffs Foundation (DPSF) and its founder, David Kenik. DPSF and Kenik were facing allegations of engaging in “deceptive acts or practices by making false or misleading claims in charitable solicitations.” DPSF has agreed to permanently cease operations as part of the settlement, which also included a $9.9 million monetary judgment.

In a complaint filed by the Federal Trade Commission (FTC) and the State of Missouri (OAG) on March 27th, 2019, the FTC and OAG claimed that donors contributed more than $9 million to DPSF from 2013 through 2017, “believing that their money was going to help disabled officers and families of officers killed in the line of duty,” but “the vast majority of contributed funds supported the private interests of for-profit telemarketers or inured to the personal benefit of David Kenik.” The complaint alleges that “individual donors were deceived, and their charitable contributions wasted” since “[o]nly an insignificant amount of money was actually spent on the programs described to donors.”

DPSF was based in Ste. Genevieve, Missouri and has also raised funds under the names of American Police and Sheriff’s Association and Police Officers Safety Association. The charity reported collecting approximately $3.3 million in contributions in 2016, according to its most recent available audited financial statements. DPSF has a history of “F” ratings by CharityWatch, including for its 2016 fiscal year when DPSF spent only 5% of its cash budget on programs and had a $91 cost to raise every $100 in funds, based on CharityWatch’s analysis.

In addition to the DPSF shut down, the settlement bans Kenik from engaging in charitable fundraising, and from starting, operating, controlling, managing, directing, distributing , or accounting for the use of any nonprofit entity or charitable assets. The settlement also includes a monetary judgment of $9,932,323 against DPSF and Kenik, but all except $100,000 of that amount was suspended, due to inability to pay. “The $100,000 will be distributed to a legitimate charity whose charitable purpose is substantially similar to the purpose for which Defendants solicited funds, as recommended by our office and approved by the court,” according to the OAG’s press release. Although agreeing to the terms of the settlement, DPSF and Kenik did not admit any wrongdoing.