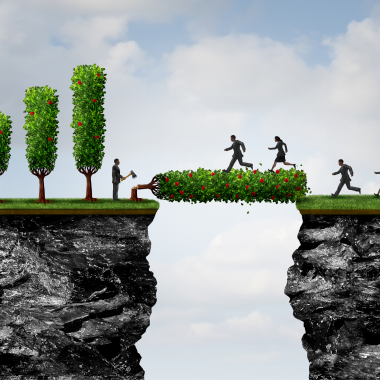 Whether you operate a family foundation, oversee a large endowment, or manage complex grant programs, what drives your philanthropy is your desire to make a positive impact in the world. This means directing funding to those organizations and people who you know have the passion and ability to solve problems and effectuate real change.

For over 30 years, CharityWatch’s investigations and in-depth analysis of complex charity financial reporting have played a critical role in helping foundations and other donors avoid bad actors within the nonprofit sector and identify efficient and effective charities to support.

Please visit our donation page and enjoy unlimited views of detailed charity rating reports on over 600 of the nation's largest and most popular charities:

Please contact our office at (773) 529-2300 or visit our Contact page with any questions about supporting CharityWatch or funding special projects that fulfill our mission of helping your foundation and other donors give wisely.

CharityWatch is the only independent charity watchdog organization in the United States. Often seen as an intermediary between donors and the charities they want to support, CharityWatch's work is critically important but difficult to fund. Over 95% of our funding comes from small donations from the general public. We are not a nonprofit trade association in name or in action. Our charity ratings do not consist of crowdsourced "impact" reporting or other marketing materials from the charities we are watching, nor are they the result of algorithms designed to repeat favorable and unvetted financial data that charities report about themselves in their unaudited tax filings. By not charging the charities we rate or relying on industry insiders to fund our work, we can maintain our independence and continue playing a consumer protection role by providing you and others with the information they need to make informed giving decisions.

We are the only independent charity watchdog organization in the United States. Our only loyalty is to the donating public, not to charities or the nonprofit trade associations that train inefficient charities on how to game their rating systems to appear in a favorable light to donors while spending next to nothing on their programs. CharityWatch's information is designed to help donors make wise giving decisions. You can play a part in ensuring that CharityWatch has the funding we need to continue our important investigative work.

CharityWatch regularly partners with journalists working nationally, regionally, and locally to contribute in-depth financial analysis and other expertise to their investigations into wrongdoing at charities. For over 30 years, CharityWatch has also provided thoughtful commentary to hundreds of media outlets on issues affecting the nonprofit sector.

CharityWatch works to uncover and report on wrongdoing in the nonprofit sector by conducting in-depth analyses of the audited financial statements, tax forms, fundraising contracts, privacy policies, & other reporting of nonprofits. We analyze financial efficiency, governance, salaries, and other data and issue charity ratings on an "A+" to "F" scale.