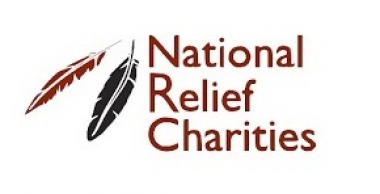 The American Indian Relief Council (AIRC), AKA National Relief Charities, and codefendants last year entered into a $395,000 consent agreement with the Commonwealth of Pennsylvania to settle allegations that “they intentionally exploited the plight of Native Americans to obtain donations–and then used the contributions to primarily benefit certain officers and directors of the charity,” according to Attorney General Mike Fisher.

The state accused the charity of using false claims in its mail solicitations during July 1991 to December 1993. A.G. Fisher, in a news release last June declared: “We contend that this organization's intent was to deceive potential donors and play on every human emotion imaginable to extract dollars. Consumers were told that Native Americans, on several South Dakota reservations, were suffering from widespread famine and other life threatening conditions that we determined either never existed or were greatly exaggerated.”

In the consent agreement AIRC and its codefendants admitted no wrongdoing but are required to:

2) Maintain an autonomous board of directors, and

AIRC President Brian J. Brown told AIP that the consent agreement speaks for itself and that AIRC continues its relief activities in compliance with the agreement. He also said that it was “nice to win that case.”

Mark Pacella, chief of the Attorney General’s Charitable Trusts and Organizations Section, reported that AIRC paid $175,000 of restitution after the agreement was signed last summer. His office distributed the funds to relief programs in the Pine Ridge, Rosebud and Cheyenne River Sioux Tribe reservations in South Dakota. The distribution of the money falls within the scope of AIRC’s charitable purposes, Pacella said. The remaining $175,000 in restitution is due this summer.

“AIRC’s direct mail solicitations did change after the consent agreement,” Pacella told AIP. Pacella added that AIRC is “doing a better job now. Our case in no small measure contributed to this.” A.G. Fisher in his office's June release said, “Our legal action has stopped this charity from using half-truths and outright lies to obtain donations and has resulted in increased funding for Native Americans living on three reservations in South Dakota.”

When asked about the term “widespread famine” that A.G. Fisher said the charity used in solicitations that triggered the Pennsylvania suit, Brown replied that its meaning depends on the definition of hunger. When AIP pressed on other elements of the agreement and AIRC's current operations, Brown ended the conversation, saying, “I’m busy.”

AIRC states in it IRS Form 990 that its primary purpose is “To focus public attention upon the needs, concerns, and conditions of those people in need.” This charity receives an “F” grade from AIP because in our opinion in 1998 it spent only 34% of its budget on program services and spent $62 to raise each $100 of contributions.