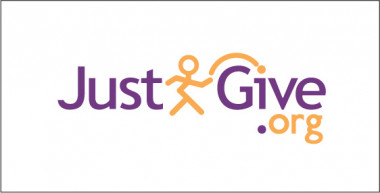 JustGive is one of a growing number of websites that, for a reasonable fee of 4.5% per contribution, processes donations for people wishing to give to charities online. This is seen as a convenient service by many donors who like the ability to go to a single website to make donations to several charities at once. But JustGive wants donors to think of it as more than simply a convenient place to donate. On its website it purports to help donors choose where to make their donations by directing them to its "JustGive Guide," a nineteen-category collection of 1,000 "recommended" charities which it claims have met "stringent public requirements." CharityWatch thinks most donors will be surprised to learn just how little the charities featured on JustGive's website have been vetted.

CharityWatch scoured the JustGive site to find out what "stringent public requirements" a charity must meet in order to qualify for its Guide. These were nowhere to be found. We then contacted JustGive and were told that charities appearing in their Guide have met the following requirements: They are public charities incorporated in the U.S.; have filed tax forms with the IRS; make a current financial statement available to the public; have a mission that has a national scope or audience; are in good standing with government agencies that monitor charities; and have reasonable fundraising or administrative costs.

Most of these are hardly "stringent public requirements" by even the loosest definition; rather, they are the most basic legal requirements a charity must meet in order to exist and solicit the public. Narrowing down its list based on whether or not the included charities have a mission with a national scope is perfectly fine, but is not what most donors would think of as a "stringent" requirement. Determining whether or not a charity's overhead costs are reasonable is very helpful to donors, so we asked JustGive how it makes this judgment for the charities in its Guide. JustGive indicated that it considers fundraising and administrative costs reasonable if they make up less than 25% of a charity's total revenue, but confirmed that it simply takes what the charity reports at face value without question; it does not perform a financial analysis to adjust for inherent inconsistencies in charity financial reporting, or check and adjust for any incorrectly reported information.

Charities often report expenses that most donors think of as overhead, such as payments made to professional fundraisers, in their program expenses. CharityWatch does not think that computing an overhead percentage without analyzing the numbers behind it provides reliable information to help donors select efficient charities to support. Because JustGive describes its criteria as "stringent," many donors likely think that JustGive has thoroughly checked out the charities it recommends. Given its minimal standards, it is not surprising that JustGive's Guide includes groups like Humane Society of the United States and American Institute for Cancer Research, which are rated D and F by CharityWatch, respectively, for spending paltry amounts on their programs and maintaining high fundraising costs.

CharityWatch asked JustGive if it thought that "stringent" was a fair description of the minimal criteria it uses to vet the charities it recommends. The group responded in agreement with CharityWatch's criticisms about its use of the phrase "stringent public requirements" to describe its criteria, and said that it is "moving away for [sic] using this language" on its website and in other communications. At the time of publication this language has not been removed. See update below.

JustGive also told CharityWatch that it looks favorably on charities that have received funding from major foundations when considering new additions to its Guide. According to the group, "Charities who have received funding from the top 100 foundations generally have to go through extensive reviews of their programs and financials." While some foundations do screen certain grant recipients, it is wrong to assume that just because a charity has received a grant from a foundation it has been thoroughly checked out. Grant making can be a fickle process and grant decisions are often made for a variety of reasons, such as personal relationships, political or business motives, or eccentric personal preferences that have nothing to do with program quality or financial efficiency. JustGive should not recommend charities to donors based on the presumption that foundations routinely screen their grant recipients' programs and financial reporting.

JustGive allows donors to give to over a million nonprofits via its website. To help donors pare down this overwhelming selection, it promotes the charities it recommends by attractively breaking them out into nineteen categories such as Animals, Children, and Peace, in order to "make your search easier and faster," according to its site. The group also advertises on its site that it wants JustGive.org to be "the online destination for charitable giving," and promotes a number of other goods and services such as charity gift cards, charity wedding registry, charity gift collections, memorials, and special events fundraising.

CharityWatch worries that JustGive may be using its charity recommendations as a means of differentiating itself from other donation processors in order to attract more donors to it site who will purchase other goods and services. For example, JustGive advertises a wedding registry service where a percentage of purchases from corporate partners can be directed to charity, and sells site set-up and development services to businesses that want to encourage charitable giving among their employees. It also sells charity gift cards, which a person can purchase for a friend or family member who may in turn use the card to make charitable donations. JustGive earned $608,000 in corporate licensing, and $156,000 from unredeemed gift cards and uncashed donations, according to its fiscal 2011 audit. JustGive acknowledged that it records income equal to 85% of the balance of unredeemed gift cards after one year and the remaining 15% after four years. JustGive also earned revenue from processing about $35 million of charitable donations that year.

Websites like JustGive provide a service to donors by making online giving convenient and easy. However, it is unfortunate that JustGive recommends 1,000 out of the approximately 1.8 million nonprofits in the U.S. based on such minimal and vague criteria. CharityWatch cautions donors to not base their giving decisions on JustGive's superficial recommendations.

July 2012 Article Update: After CharityWatch posted concerns about JustGive on our website earlier this year, it has since discontinued using "stringent public requirements" on its website to describe its criteria for vetting charities. However, it continues to recommend only 1,000 out of "more than 1.8 million charities" based on the extremely minimal criteria of being "nationally-based" and meeting "IRS standards." The IRS does not measure or claim to measure how efficiently or effectively a charity uses donors' contributions to support its programs. A charity can spend as little as 1% of its expenses on programs and still be in compliance with IRS standards. CharityWatch is pleased that JustGive is now describing the criteria it uses for its charity recommendations more clearly on its website. However, because JustGive's criteria for vetting charities is so minimal, CharityWatch cautions donors to not select charities to support based on JustGive's recommendations.