Update on Central Asia Institute: The Concerns Continue to Support a '?' Rating 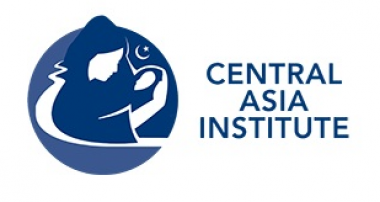 It has been over two years since Greg Mortenson, founder and former long-time executive director of Central Asia Institute (CAI) and controversial Three Cups of Tea author, agreed to pay CAI over $1 million in connection with an April 2012 Settlement Agreement and Assurance of Voluntary Compliance (the Settlement) with the Montana Office of the Attorney General (OAG). Also a party to the Settlement, CAI agreed to make changes to its governance and operational procedures to implement stricter organizational and financial controls and strengthen its independence. CharityWatch received written affirmation from the Montana OAG in September 2014 that CAI is meeting all of the requirements outlined in the Settlement. CharityWatch, however, continues to be concerned about a number of matters regarding CAI.

The April 2012 Settlement resolved disputed claims and issues relating to allegations of governance problems and mismanagement of assets at CAI, and was entered into “voluntarily and as a compromise of disputed claims, with no formal finding or admission of liability, wrongdoing, or violation of law,” as noted in CAI’s fiscal year 2012 audit. CAI hired a new executive director to replace Greg Mortenson and appointed a new, expanded board of directors as part of the Settlement terms, which also prohibit Mortenson from being employed in any position of financial oversight at CAI. There are, however, several matters regarding CAI’s new board, management, and continued relationship with Mortenson that concern CharityWatch, including the matters described below.

In addition to the above, CharityWatch remains concerned that CAI’s website continues to include mention of and website links related to the promotion and sale of Greg Mortenson’s “nonfiction” book, Three Cups of Tea. Three Cups of Tea claims to recount Mortenson’s journey that led him from a failed attempt to climb Pakistan’s K2 to successfully establish schools in remote regions of Afghanistan and Pakistan. The book, which spent years on The New York Times paperback, nonfiction bestseller list, is said to have inspired donors to contribute tens of millions of dollars to CAI. However, it has been revealed that central parts of Three Cups of Tea include fabrications and false accounts that certainly call into question the book’s nonfiction label and have led to many reports describing the situation as a “disgrace.” (See e.g., these reports: (1) Wash Post, 10/12/14; (2) Krakauer-#1; and (3) Krakauer-#2.) CAI claims that it “does not advertise or sell Mr. Mortenson’s books” and that “Mr. Mortenson’s books remain for sale by him and all book-related activities are handled as required under the Agreement with the OAG,” according to an October 2014 letter to CharityWatch. No royalty income is reported by CAI on its latest financial statements, but there are links on CAI’s website (as of at least December 2014) to the Three Cups of Tea website that has a “Purchase Three Cups of Tea Click Here” icon that takes one to a page of links, some for which it is stated that if used to buy the book, “will generate up to 7% of proceeds to benefit” CAI. (CharityWatch recognizes, however, that the “up to 7%” language could mean 0% is benefiting CAI.) CAI also specifically cites using Three Cups of Tea (among other means) as part of its “Global Outreach” program “to promote awareness of the importance of primary education, literacy, and cross-cultural understanding,” according to its website and tax form reporting. To CharityWatch, this indicates that CAI does continue to be used as a vehicle for Mortenson to promote his books while apparently he, and not CAI, collects any related royalties.

Although Greg Mortenson has admitted that mistakes were made and apologized for letting people down, he continues to claim that the stories in Three Cups of Tea happened – just not in the same sequence as written, and he maintains that he hasn’t committed any significant wrongdoing. People look to nonprofits as a source for reliable and truthful information, yet CAI has neglected to acknowledge that Three Cups of Tea includes fabrications and false accounts. Rather, CAI not only continues to employ Mortenson (as its highest compensated employee) and include references and links to Three Cups of Tea on its website, but also has called upon Mortenson to resume as a public face of the charity. Other books or legitimate nonfiction resources that haven’t been authored by Mortenson also could be used by CAI to promote its educational programs in Central Asia, yet the only books cited by CAI are Mortenson’s. Moreover, CAI’s “Pennies for Peace” program incorporates into the curriculum at schools Three Cups of Tea as required reading, and the Pennies for Peace Curriculum Resource Guides for grades K-4 and 4-8 even instruct teachers to tell students that Three Cups of Tea (the children’s version and young reader’s edition, respectively) “is a true story (nonfiction) that takes place in a village called Korphe…” In a response to CharityWatch’s concern about CAI’s ongoing association with Three Cups of Tea, CAI noted that “the purported class action lawsuit over the books was dismissed with a statement by the District Court that the basis of the lawsuit was frivolous.” In our opinion, the dismissal of a class action lawsuit related to Mortenson’s books does not absolve CAI from the ethical responsibility to tell the truth about Three Cups of Tea.

CAI also has claimed to CharityWatch that it has expanded its “International Grantee Monitoring” program to include reviews by independent accounting firms of CAI-funded projects and grantees’ activities in Pakistan, Afghanistan and Tajikistan. However, after making multiple requests, CAI has declined to share with CharityWatch a copy of its Report of Factual Findings for fiscal year 2011 that we believe was produced by a Pakistani accounting firm called HLB Ijaz Tabussum & Co. CAI asserts that the report we’ve requested is not a public document and that “CAI has not, and will not, share such report with any party other than the intended party for which it was prepared [CAI’s domestic independent auditors].” CAI also has not sent to CharityWatch copies of any portion of even one of the independent reviews conducted in connection with its claimed International Grantee Monitoring program. Further, CAI states in the FAQ (Frequently Asked Questions) portion of its website that it “would be counterproductive, time consuming, and not cost effective” to respond to “all” of the “charity rating or ‘watchdog’ organizations” that request information from CAI. CAI’s refusal to share with CharityWatch the requested Pakistani accounting firm’s factual findings report or any independent reviews related to its International Grantee Monitoring program, as well as CAI’s position not to fully cooperate with charity watchdogs, contributes to our ongoing accountability and transparency concerns regarding CAI.

Moreover, CharityWatch has noted that CAI reported relatively high legal expenditures of $451,665 on its 2013 tax filing, which represents 8% of its total spending for the fiscal year ending September 30, 2013. Further, CAI reported compensating three different law firms a combined total of over $900,000 for legal services during the 2012 calendar year. CAI’s audited financial statements for fiscal 2013 do not show legal services as a separate line item expense (the expenses likely are combined in the $769,413 itemized for “Professional fees”), and no specific legal matters are disclosed in any of the accompanying audit notes to explain the legal spending reported on CAI’s tax filing. Whether CAI’s reported legal expenses are related to past or potentially ongoing matters, the need for such relatively high spending for legal services is a concern.

CAI’s high asset fund balance also is a concern to CharityWatch. Since charitable dollars are limited and society’s needs are not, it is vital that charities don’t just sit on the funds that they raise. CharityWatch believes it is reasonable in most cases for a charity to set aside not more than three year’s worth of its annual budget for financial stability and possible future needs. When a charity’s available assets reach the level of three or more years’ worth its annual budget, we usually downgrade its final letter grade rating. CAI appears to be at a level that CharityWatch considers high assets as CAI had approximately three and one-half years worth of available assets based on its reported financial position and total expenses for fiscal 2013. Given the unpredictable amount of contributions CAI will be able to raise in the ongoing aftermath of the Greg Mortenson / Three Cups of Tea scandal, however, maintaining a reserve of between three and four years’ worth its annual budget may be justified for CAI in its current situation.

These many concerns of ours are among the reasons that CharityWatch believes a “?” rating for CAI continues to be appropriate. Our “?” rating is, of course, refuted by CAI, which has stated that it believes our “ongoing donor advisory of CAI is not based on the actual facts about CAI, but rather on your continuing quarrel with Greg Mortenson.” CharityWatch will continue to monitor the situation at CAI, but we consider our current concerns regarding CAI to be valid, and we feel that it is in the best interest of donors that we maintain a “?” rating for CAI at this time.

UPDATE, April 3, 2018:  CharityWatch has updated Central Asia Institute’s grade to a B+, based on CAI’s financial activities for the fiscal year ended September 30, 2016. Greg Mortenson retired from CAI in January 2016. He was reported as CAI’s “Highest compensated employee” in the 2015 calendar year, receiving total compensation of $231,748, including $40,000 in severance pay, according to CAI’s fiscal 2016 tax filing. Click on Central Asia Institute below to view its current rating.

Central Asia Institute (CAI) is one charity that for many donors and avid readers alike requires no introduction. CAI's co-founder and executive director, Greg Mortenson, is a New York Times best selling author two times over and ...

Central Asia Institute (CAI) is one charity that for many donors and avid readers alike requires no introduction. CAI's co-founder...

The American Institute of Philanthropy (AIP) was ahead of the curve in warning donors that the finances of Central Asia Institute, a charity known for building schools and funding girls' education in Afghanistan and Pakistan, did ...

The American Institute of Philanthropy (AIP) was ahead of the curve in warning donors that the finances of Central Asia Institute,...