A Wink and a Smile Train 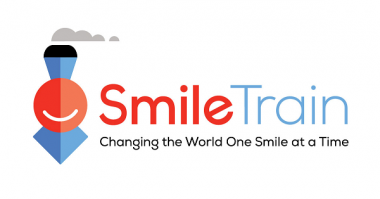 Many AIP members have seen the above language in solicitations from Smile Train, a charity that treats children born with cleft lip and palate. One may wonder how a group that spends about $15.5 million or 34% of its cash budget on overhead, and receives a B- from AIP, can make such a claim.

Smile Train promotes its no public contributions to overhead claim by stating in its solicitations: "All non-program expenses, such as overhead and fundraising, are paid for with start-up grants from our Founding Supporters." The problem with this reasoning is that any charity could ask a portion of its loyal supporters to use their donations to cover overhead. But overhead expenses will not disappear! Money is fungible, regardless of its source; what is spent on one function is not available for another function.

Smile Train's fiscal 2005 audit shows that 99% of its $48 million fund balance is unrestricted. This means that Smile Train had discretion to spend just about all of its reserves on programs and did not have to hang on to these funds for future overhead costs. AIP had previously made this point in the August 2005 Guide.

So how could Smile Train's reporting of the same 2005 unrestricted balance be so different in its fiscal 2005 ($48 million) and 2006 audits (negative $5.5 million)? The fiscal 2005 unrestricted funds were shifted into its temporarily restricted fund, increasing this account from $50 thousand in the fiscal 2005 audit to nearly $51.5 million in the fiscal 2006 audit. The charity's fiscal 2006 audit letter states that "during the current year management of Smile Train discovered errors were made in the classification of certain donations…." A note to Smile Train's 2006 audit says that "…2006 and 2005 [fund balances] have been adjusted to reflect the reclassification…of two major donations that were received during the early years of Smile Train."

Smile Train might have reason to say that these donations were misclassified so that it can claim in its solicitations that overhead costs have already been funded. The group's fiscal 2007 audit states that about $36.8 million of fund balances reflect "two major donations received during the early years of Smile Train with the stipulation that these funds be used to support the organization of Smile Train and its non-program expenses such as administrative and general and fundraising." Smile Train's management has been unwilling to explain how it discovered five years later that its founding contributions were incorrectly reported.

The two major donations cited above were $27,250,000 from the Charles B. Wang Foundation and $26,833,749 from the Walter Haefner Foundation, according to Smile Train's fiscal 2001 tax form. Hana Fuchs, Smile Train's VP of Finance & Administration, told AIP in June 2008 that it was the founding donors' intention that their contributions be used for overhead expenses. When we asked Fuchs for a copy of any letter or written communication from the donors expressing their intentions at the time the multi-million dollar donations were made, she said that they did not put it in writing. She said that they verbally communicated their intentions. Smile Train has not been forthcoming with providing to AIP any written internal memos or documents which contain a record of the donors' wishes.

In June 2003 Fuchs told AIP that the "two large unusual and exceptional gifts in FY '01…were restricted for future use, but which were recorded as current income for accounting purposes." She said that $27,500,000 from a securities donation was "to be converted over time for use in our programs as well as to pay overhead and administrative expenses." A $20,833,749 donation, which was restricted because "it was promised in future years," was also cited by Fuchs. In other words, the restrictions on donations described in Fuchs's email are time restrictions--not purpose restrictions, such as ones that would limit their use to only overhead expenses.

AIP traced the $27.5 million securities donation to Smile Train to a fiscal 1999 donation of $120,327,621 from the Charles B. Wang Foundation to the Sagamore Hill Supporting Organization. Sagamore, as it reported on its 2000 tax form, later transferred $27,719,000 of Computer Associates shares to Smile Train. The stated purpose listed on Wang Foundation's tax form for its donation was "GENERAL PROGRAM." If the Wang Foundation intended its donation to be used for overhead, why does its tax form say it is for program? Fuchs declined to answer this and other questions as of the time of publication.

Donors that are not thrilled about funding the $420,209 compensation package of Smile Train's President & Co-Founder, Brian Mullaney, ought not to take much comfort from this note in the charity's fiscal 2007 tax form: "100% of Mr. Mullaney's compensation, benefits and all travel expenses are paid for from the temporary restricted funds set up by the founding board members to cover overhead and fundraising (non program) expenses." Being that Smile Train's audit allocated $190,775 of Mullaney's fiscal 2007 compensation to program services, how can 100% of his salary be paid for by a fund that is restricted for only non-program expenses? All else aside, if Mullaney's compensation were lower, then more of the temporarily restricted funds could be available for other expenses.

Bottom Line: More of Smile Train's total donations could go towards treating children with cleft palates if the charity were operating more efficiently, regardless of whether or not some donors had earmarked their donations for overhead.

Claims made in charity solicitations and marketing materials that promise 100% of your donation will fund charitable programs certainly sound enticing as you consider which nonprofits will use your contributions most efficiently. ...

Claims made in charity solicitations and marketing materials that promise 100% of your donation will fund charitable programs cert...

"Make one gift now and we'll never ask for another donation again!" If you receive a solicitation in the mail from any charity that makes the above promise, you would be wise to be skeptical. No donor should ever feel obligated to...

"Make one gift now and we'll never ask for another donation again!" If you receive a solicitation in the mail from any charity tha...

WonderWork Co-Founder is No Mr. Wonderful

WonderWork Co-Founder is No Mr. Wonderful

Brian Mullaney, the man who for charities like Smile Train and WonderWork, popularized the dubious fundraising advertising claim of "100% to Program," may face legal action and tax penalties, potentially for unjust enrichment...

Brian Mullaney, the man who for charities like Smile Train and WonderWork, popularized the dubious fundraising advertising claim o...