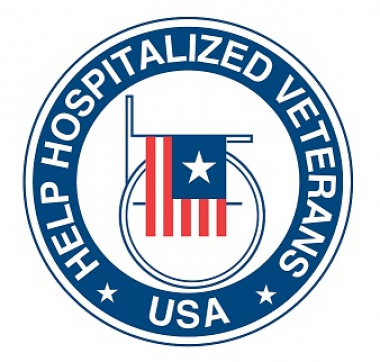 Another startling fact concerning the “F” rated Help Hospitalized Veterans (HHV) has come to the attention of CharityWatch. After recently calling out HHV for its incredulous choice of a new chief executive officer (CEO), CharityWatch has confirmed that the Department of Veterans Affairs (VA) will not accept any material contributions from HHV. The VA actually has terminated “all activities” between the VA and HHV since September 2012, and this partnership termination with HHV will continue until at least July 2016.

HHV’s primary mission is to provide arts & crafts kits to armed service and military veteran patients receiving health care. However, the VA ban prohibits HHV from distributing its arts & crafts kits to the millions of veterans that are hospitalized or otherwise staying at any of the more than 1,700 hospitals, clinics, community living centers, domiciles, readjustment counseling centers, and other facilities run by the VA. (It is estimated that approximately 5.9 million veterans will be VA health care patients in 2014, according to VA budget submissions.) Therefore, without the ability to conduct its primary program activity in VA facilities, HHV has had to find alternative, and likely less efficient, ways to assist the veterans that are at the heart of its stated mission. For example, HHV has programs that allow eligible veterans, if interested, to receive its arts & crafts kits at home or at certain community center locations offered in 14 states, according to HHV’s website.

CharityWatch obtained from the VA a copy of a July 2014 letter it sent to HHV’s CEO wherein the VA describes that it “takes seriously its responsibility to ensure that our partners exhibit the highest possible standards, consistent with the VA’s commitment to providing the quality care and services that our Veterans deserve.” According to this letter, the VA terminated all activities with HHV in September 2012 in response to the civil action brought by the State of California against HHV and some of its officers (see Attorney General Sues F Rated Veterans Charity). Even though HHV has settled with the State of California (see Leadership Booted at Dishonored Veterans Charity) and under the settlement terms, has installed a new board of directors and CEO, in its July 2014 letter to HHV the VA states, “We have carefully considered these actions and have determined that all activities between VA and HHV will remain terminated for a minimum period of 2 years. After this termination period, HHV may submit a request to re-engage with VA.” Among the documentation that the VA is requiring from HHV upon any request for re-engagement when eligible is two full years of audited financial statements and tax filings under the new board constitution and new CEO appointment. HHV’s new board and CEO were appointed in October 2013, according to HHV’s website and a letter CharityWatch received from HHV’s new CEO in May 2014.

The VA believes that the minimum two-year partnership termination with HHV “will provide the new HHV leadership an opportunity to remedy the practices that led to the California litigation and to demonstrate a sustained period of sound business practices, management, and Board governance,” according to its July 2014 letter to HHV. CharityWatch thinks it is questionable whether or not HHV will be able to demonstrate such given the tainted background of its new CEO. Moreover, HHV’s ban from interacting with the VA seriously compromises the charity’s ability to efficiently serve our country’s injured veterans.

What happens when you donate one dollar to an F rated charity that gives it to another F rated charity? In the case of The Veterans Fund and Help Hospitalized Veterans (HHV), about a nickel's worth of program services is all...

Despite having raised donations amounting to tens of millions of dollars from well-meaning donors while using significant portions of it to enrich himself, Roger Chapin was an expert at maintaining a positive public image...

Despite having raised donations amounting to tens of millions of dollars from well-meaning donors while using significant portions...

The AG alleges that Help Hospitalized Veterans (HHV) disseminated false information to potential donors and used accounting gimmicks in order to inflate the amount it reported spending on charitable programs. This made...

Despite a history of misconduct during her time working for the U.S. Department of Veterans Affairs as Director of National Programs and Special Events, Diane Hartmann has been appointed the new CEO of HHV...

Despite a history of misconduct during her time working for the U.S. Department of Veterans Affairs as Director of National Progra...