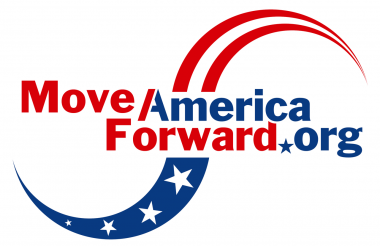 (Updated Nov 30, 2020) Officers and directors of the military charity, Move America Forward (MAF), have been accused of using charitable contributions to enrich themselves while misrepresenting to the public the percentage of donations used in the organization’s programs. MAF solicits contributions primarily to fund the costs associated with sending care packages “filled with coffee, cookies, Gatorade, beef jerky, and other items…direct to military personnel in units based in Iraq and Afghanistan.” In a Complaint filed in the Superior Court of the State of California in July 2019, the California Attorney General (CA AG) seeks the removal of MAF’s officers and directors and for restitution to be paid by the accused for damages caused by their alleged misuse and diversion of charitable assets. CharityWatch contacted the CA AG in mid-2020 to inquire about the status of the case. The CA AG’s press office responded that they “cannot provide any additional comment” as “[t]he litigation is ongoing.”

For example, between January 2008 and November 2011, the Complaint alleges that MAF “paid approximately $821,372 in fees, commissions, and ‘expense reimbursements’” to Russo Marsh & Associates, Inc. (Russo Marsh), a for-profit consulting firm owned by MAF Director and Chief Strategist, Salvatore “Sal” Russo. According to the Complaint, in January of 2012 “Russo Marsh began charging Move America Forward a $5,000.00 ‘consulting fee’ in lieu of itemized expense reimbursements and commissions.” The Complaint also alleges that Russo Marsh charged MAF a 15% commission “for the placement of advertising,” and a 15% “management fee” to manage “extraordinary events” from 2008 through part of 2013. In exchange for ordering items for use in MAF’s care packages and processing the related vendor bills, Russo Marsh charged MAF a commission of 17.65% of the total amount of each vendor order, the Complaint also alleges.

But Russo Marsh was not the only for-profit company owned and operated by Sal Russo that benefited from contributions intended to be used for sending care packages to active-duty troops and other MAF programs, according to the Complaint. Russo used his company, The Campaign Store, LLC, to “intercept” online donations intended for MAF, “then charged fees ranging from 7.55% to 10.06% to transfer the remaining funds to Move America Forward’s bank account,” according to the Complaint. The CA AG estimates that between 2008 and 2014 the charity paid The Campaign Store more than $492,000 for “bank service charges.” These charges were “in addition to, and significantly higher than the 2.2% of the transaction total plus 30¢ per transaction fees automatically charged by PayPal” for online donation processing, the CA AG explains in its Complaint. “The Campaign Store also charged Move America Forward additional fees for ‘order fulfillment’ of the care packages purchased by donors. The fees ranged from 7.95% to 13.15% of the order total. The Campaign Store operated as nothing more than an ‘online shopping cart,’ and added no value to the procurement, processing, or shipping of care packages,” states the Complaint, which includes the CA AG’s estimate that MAF paid the company a total of approximately $505,722 in order fulfillment fees between January 2008 and October 2014.

It is not unprecedented for a charity to hire a company that is owned by, or affiliated with, one of its board members. However, best practices dictate that such arrangements should be vetted and voted on by disinterested board members, and that several quotes from disinterested companies should be collected and compared prior to selecting a vendor. This helps to ensure that the nonprofit is paying an amount less than or equal to market value for the goods or services provided, and to discourage the interested board member from attempting to influence the vote against the best interests of the nonprofit. In the case of MAF, the Complaint points out that the charity “does not, and did not, have written contracts” with any of the for-profit companies owned by board members; that the terms of service or compensation were never negotiated; that MAF’s officers and directors “never seriously considered bids from disinterested third-party vendors for the services, or conducted any research to determine whether the services provided…were necessary or if they could be obtained from disinterested third-parties at a lower cost.” The CA AG in its Complaint notes that of total charitable donations made to MAF in 2008, 2009 and 2010, more than 34%, 47% and 39%, respectively, were paid to Russo’s companies.  For the years spanning 2011 to 2014, “Move America Forward stopped reporting business expenses related to The Campaign Store” in its annual tax filing, according to the Complaint, making total payments to Russo’s companies less clear for 2011 to 2014.

Officers and directors of MAF may also face liability for using the charity’s funds to support prohibited political activities that threaten the tax-exempt status of MAF and its ability to receive tax-deductible contributions. The CA AG in its Complaint cites IRS rules which state that public charities like MAF:

Sal Russo’s consulting company, Russo Marsh, specializes in political marketing, “with a focus on Tea Party politics and pro-war candidates,” according to the Complaint, which cites examples of the company’s political activities, such as supporting a campaign asking Congress to censure former president Jimmy Carter, and supporting efforts to dissuade CBS from airing a miniseries critical of former president Ronald Reagan. This for-profit company operates out of the MAF office space rent free. In addition to serving as chief strategist of MAF, Sal Russo is also co-founder and chief strategist of Tea Party Express, a California-based political action committee (PAC) whose website describes its mission as “the most aggressive and influential national Tea Party group in the political arena” that is “committed to identifying and supporting conservative candidates and causes…” Tea Party Express also operates out of the MAF office without paying any rent.

Shared offices and a shared chief strategist are not the only common connections among MAF and its related nonprofits and vendors, according to the Complaint. MAF director, Howard Kaloogian, is chairman and co-founder of Tea Party Express. The executive director of MAF, Shawn Callahan, was formerly an employee of Russo Marsh before becoming head of MAF beginning in 2009. From 2009 to 2013, and 2011 to 2014, respectively, Callahan operated two for-profit companies, Frontline Strategies and DonationSafe, with which MAF had “financial relationships,” according to the Complaint.  MAF covered rent for these two for-profit companies, as well as the rent for an affiliate of Russo, Dutra Communications, and for Russo’s other company, The Campaign Store.

The CA AG takes issue with how officers and directors of MAF have presented the organization to donors, going so far as to state that they engaged in what amounts to “material misrepresentations.” The Complaint cites a February 2013 incident in which MAF launched a fundraising campaign to provide care packages to 800 Marines supposedly stationed in Afghanistan. The fundraising campaign was a success, but the soldiers who were supposedly enduring the presumably harsh conditions of Afghanistan turned out to actually be deployed in much less dangerous and more comfortable conditions in Okinawa, Japan. The Complaint cites another example, also from 2013, in which MAF claimed to have a corporate partnership with the prestigious Walter Reed National Military Medical Center, which is operated by the U.S. Department of Defense. This claim turned out to be false, according to the Complaint. “On at least one occasion,” states the Complaint, “Move America Forward invaded the privacy of an injured veteran by using his name and story without permission, in order to obtain donations.” The CA AG alleges in its Complaint that these practices “intentionally mislead both potential and actual donors” by giving them “a flawed view of Move America Forward’s charitable reach” and providing “a false sense of effectiveness” of the administration of MAF’s mission.

In response to the CA AG’s Complaint, MAF posts on its website a statement characterizing the Complaint as “harassment” and a “politically motivated and highly negative public relations campaign,” stating that the accusations are “TOTALLY FALSE and misrepresent the truth.” MAF also claims that it pointed out to the CA AG, item by item, the claimed inaccuracies in the CA AG’s investigative reports. However, this itemization is not included in the statement posted on MAF’s website, nor does MAF include in its statement any substantiation for its position that the CA AG’s accusations are false, or provide any information to refute specific accusations made in the Complaint.

CharityWatch has since obtained and analyzed MAF’s tax Form 990 and audited financial statements for the fiscal year ended 12/31/2018, the most current year available. We noted that MAF’s reported expenses for legal fees nearly doubled between 2017 and 2018, increasing from $11,558 to $22,699, while MAF’s total expenses decreased by approximately 23% in 2018 compared to 2017. It is possible that this increase in MAF’s legal fees is at least partly related to the CA AG’s investigation. In reviewing the notes to MAF’s 2018 audited financial statements, however, the existence of the CA AG’s Complaint and its potential impact on MAF’s governance and finances is not disclosed even though the Independent Auditor’s Report is dated more than a month after the Complaint was filed on July 24, 2019. Furthermore, according to audit Note 10, Subsequent Events: “Management evaluated all activities of Move America Forward through August 30, 2019...and concluded that no other material subsequent events have occurred that would require adjustment to the financial statements or disclosure in the notes to the financial statements.” It is unclear whether MAF’s management failed to make the auditor aware of the CA AG’s Complaint or if the auditor made a professional judgment that such information did not warrant disclosure under generally accepted accounting principles (GAAP). In either case, CharityWatch strongly believes that the charity and its auditor have an ethical obligation to make donors aware of this ongoing litigation and its potential impact on MAF’s ability to deliver on the programs for which it is soliciting contributions.

The mission of HeroBox is simple. Through its website at herobox.org, the charity matches deployed soldiers’ wish lists for comfort supplies with willing donors. Donors can choose to sponsor a soldier, referred to as a “h...

The mission of HeroBox is simple. Through its website at herobox.org, the charity matches deployed soldiers’ wish lists for comf...

CharityWatch has identified a history of troubling financial reporting by AdoptaPlatoon Soldier Support Effort that earned it “?” ratings from CharityWatch since its 2012 fiscal year, and an "F" rating for 2017...

CharityWatch has identified a history of troubling financial reporting by AdoptaPlatoon Soldier Support Effort that earned it...